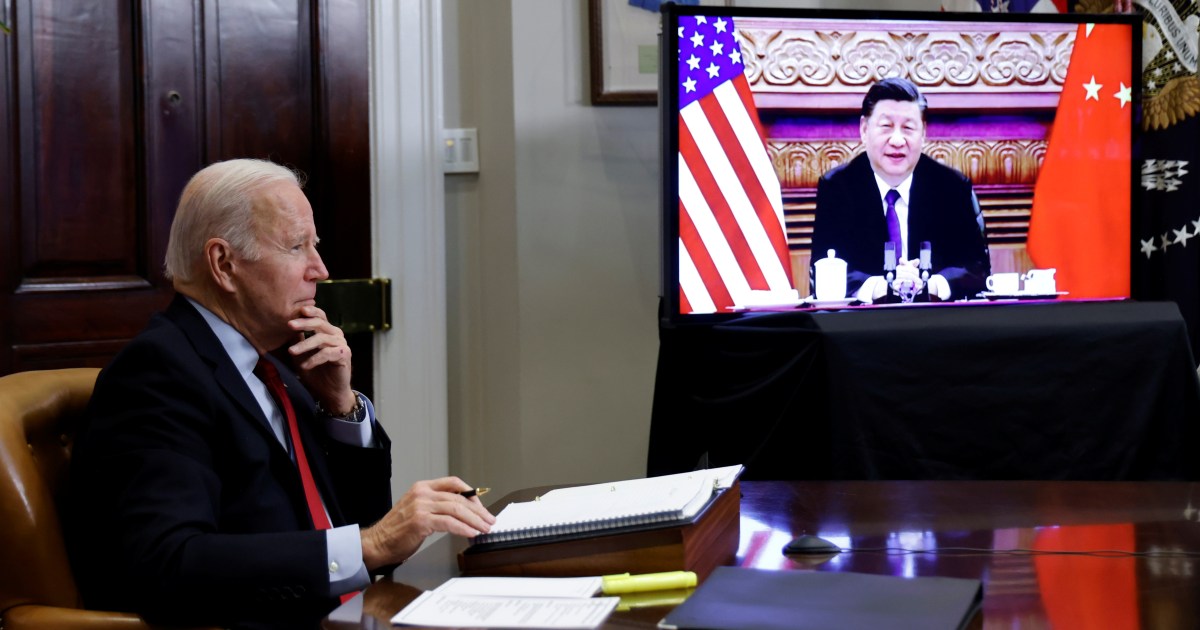 Relations between China and the United States have deteriorated over issues including Taiwan, Hong Kong and Xinjiang.

The two men are holding talks over a video conference at a time when the two countries’ relationship is deteriorating over issues including Taiwan, Hong Kong and Beijing’s treatment of the predominantly Muslim Uighur in its far western region of Xinjiang.

Biden began the virtual meeting saying they have a responsibility as leaders to ensure that relations between China and the US do not veer into open conflict.

He referred to Biden as “my old friend,” and said the rivals must work more closely together.

“China and the United States need to increase communication and cooperation,” he said.

The two leaders have spoken by phone twice since Biden’s inauguration in January, but Xi has not travelled overseas since the start of the coronavirus pandemic, ruling out the chance of a face-to-face summit.

In a call with US Secretary of State Antony Blinken ahead of the meeting, Chinese Foreign Minister Wang Yi highlighted Taiwan as a key point of contention between the two countries. China claims the island, a self-ruled democracy of more than 23 million people, as its own.

The meeting is expected to continue for a number of hours.