Pressure is on Cape Verde, not Eagles – Rohr 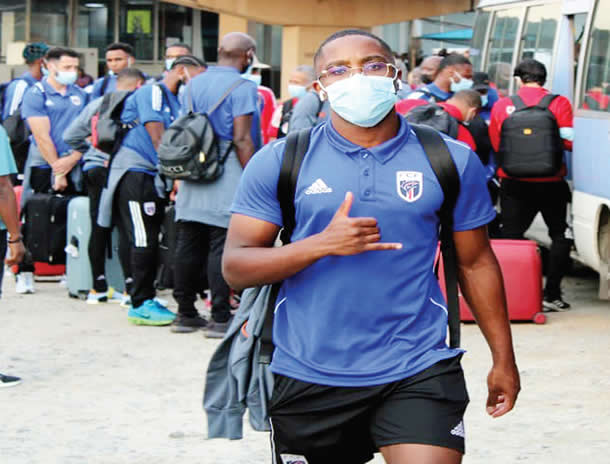 Super Eagles coach, Gernot Rohr, says the pressure will be on Cape Verde when both sides file out for their final Group C Qatar 2022 World Cup qualifier at the Teslim Balogun Stadium in Lagos on Tuesday (today).

The Blue Sharks need a win to book a spot to the playoff qualifying round while a draw will ensure Nigeria, who play in front of the home fans in Lagos, qualify for the knockout phase.

The Eagles currently top the qualifying group with 12 points, two points ahead of Cape Verde who are on 10 points.

Cape Verde are yet to lose an away game in the qualifiers and will be hoping it will serve as a morale to the team when they square up against the table-toppers in Lagos.

Nigeria’s home invincibility was broken against the Central African Republic in October but Rohr believes the pressure is on the coastal nation who need a win to go through to the next round.

“The pressure is more on them to win because we still have two more points and with that, they will need to come out to play because they have to win to beat us to the ticket,” Rohr told the press in Lagos.

“We are hungry to show our public in Lagos that we can play better than what we did the last time against CAR, we never lost in qualifiers away since like five years, we only lost here in Nigeria, we have to be strong mentally but we are not under pressure because we know we have the quality in the team.

“We have players who can score goals, we have those who can give assists and those that can defend also and I hope to choose the best of them tomorrow (Tuesday).”

“Cape Verde have more strength than weakness, they have very good offensive playing football, good individual players especially those players playing in France and also in the defence, they have a good set of players there too, we see that their two defenders are often sitting deep, and not so quick, we already analysed their game with video.”

Nigeria defeated the Blue Sharks 2-1 in their first meeting in September.