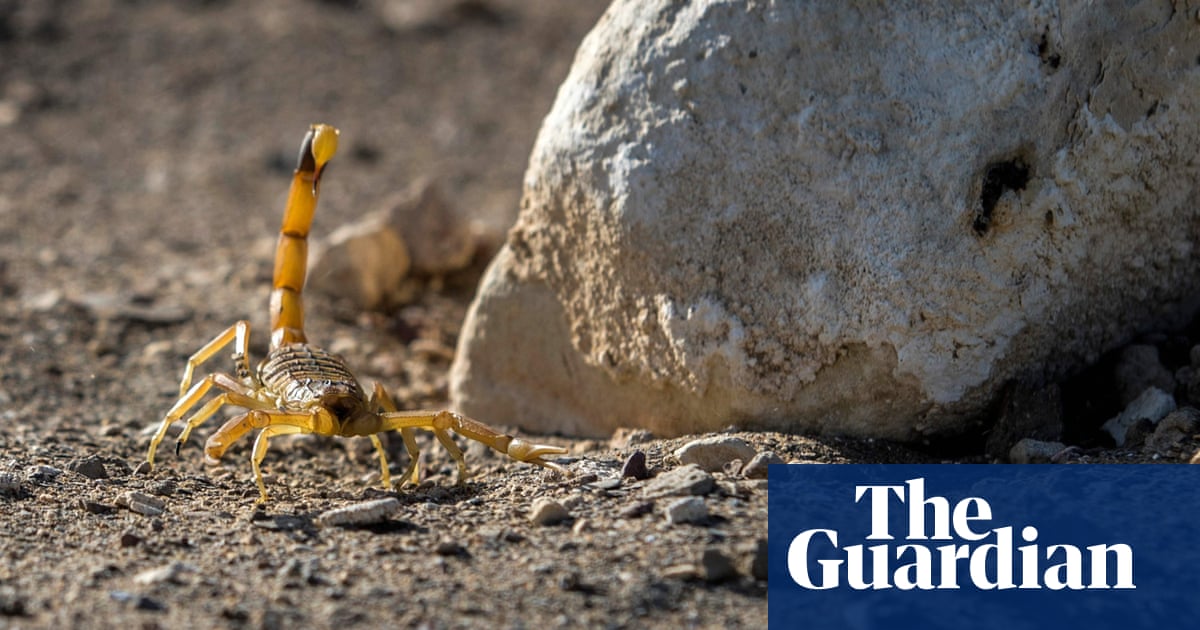 More than 500 people have been hospitalised by scorpion stings in southern Egypt after storms forced the creatures out of their hiding places and into houses, state-run media has reported.

Over the weekend, the province of Aswan was hit by rare downpours, hail and thunder in which three people died, governor Ashraf Attia said. However, those who were stung by scorpions were given anti-venom doses and were later discharged.

Acting health minister Khalid Abdel-Ghafar confirmed in a statement that no deaths were reported from scorpion stings.

Photos and video footage circulated on social media showed flooded streets and damaged houses, vehicles and agricultural farms. School classes were suspended and power outages were reported across the region. Marine traffic on the Nile was also paused, and roads closed during the storms on Friday before resuming on Saturday.

Doctors were recalled from annual leave and hospitals were put on high alert, the Al-Ahram daily reported Ehab Hanafy, the Health Ministry’s undersecretary in Aswan, as saying.

The Ministry of Health reassured the public that it had enough anti-venom doses, with more than 3,000 available in Aswan. Extra doses were sent near mountain and desert areas, Hanafy said.

The Aswan mountains are home to the Arabian fat-tailed scorpion, or Androctonus crassicauda, which translates from Greek to “man-killer”, Al Jazeera reported. They are considered among the most dangerous scorpions in the world, with a highly toxic venom but cause only several human deaths a year.