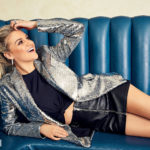 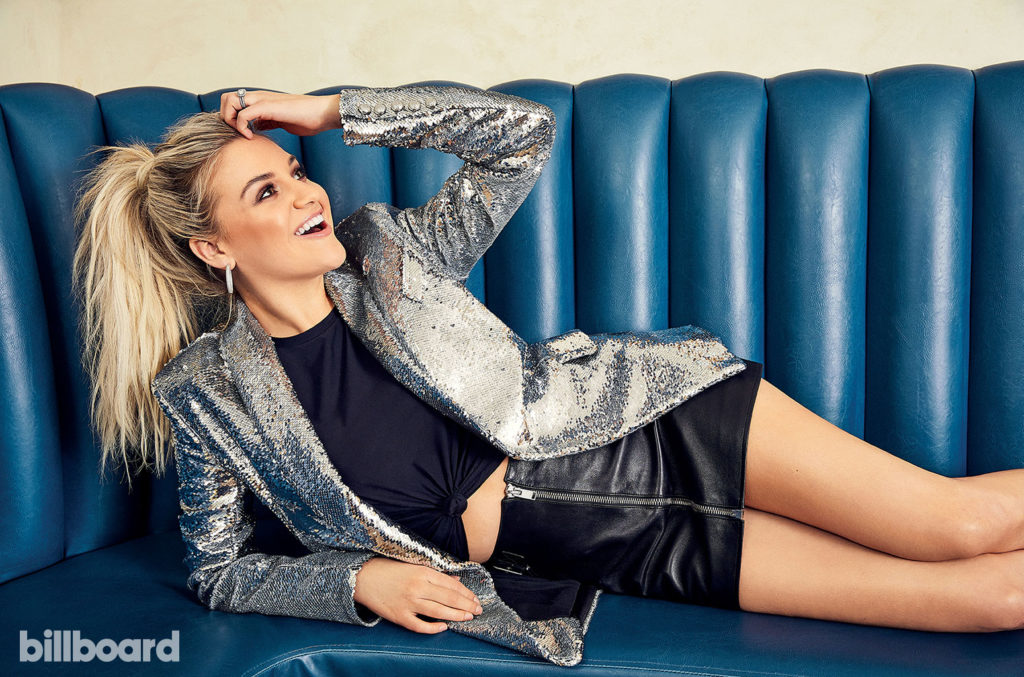 In “Half of My Hometown,” Ballerini sings about a sense of connection she will always feel to her hometown. Since releasing her debut album, The First Time, in 2015, Ballerini has notched four No. 1 Billboard Country Airplay singles — and as a writer on every song on her albums, her music has become more intimate and personal with each subsequent release, whether she’s writing about a new romantic crush (“Yeah Boy”) or finding courage to choose vulnerability over perfection (“Homecoming Queen?”).

On Tuesday, Ballerini’s writing will take on a new patina as she releases her first book, Feel Your Way Through, a collection of poems chronicling her 28 years of life so far and lessons learned along the way.

“It feels like a cannonball,” Ballerini says. “When I put out ‘Homecoming Queen?,’ I remember going, ‘You’ve been vulnerable, but this is a step further.’ I wouldn’t have had the confidence or trust in myself to do that had I not had songs like ‘Homecoming Queen?’ and ‘Half of My Hometown.’”

In March 2020, Ballerini released the acoustic project Kelsea just as  COVID-19 derailed the touring and promotional plans she had for the album. For Ballerini, music has long been a place of celebration and community. Bereft of those things due to the pandemic, the singer-songwriter disconnected music from the writing process for the next eight months. “I never set out to write a book. I had all this extra time. I realized that I had a lot to process, and it had everything to do with all the things that I had been too busy to think about for a long time,” Ballerini says.

In Feel Your Way Through, she reveals more of her story than ever. A pair of particularly powerful poems — sequenced back-to-back in the book — address two of Ballerini’s toughest moments.

One of the poems, “His Name Was Ryan,” details a harrowing experience in 2008, when, as a high school sophomore, Ballerini saw a 15-year-old classmate, Ryan McDonald, shot to death by another classmate at Central High School in Knoxville.

One line from the poem reads, “His name was Ryan and he died on the cafeteria floor from a gunshot wound to the chest/ I can’t be too sure but I think I saw him breathe his last breath.” The poem details the ongoing impact of the loss of her classmate, with Ballerini expressing gratitude to have survived. “But I’m alive,” the poem ends, “and because of a boy named Ryan I know what a gift that is.”

“Some of my closest friends didn’t even really know that about me, but the truth is, it was something that happened,” Ballerini tells Billboard. “But when I hear pyro at shows, it happens again. And when I’m in a large crowd and I see everyone start looking in one direction, it happens again. It’s traumatic. I wanted to honor Ryan in telling his story truthfully and hopefully tastefully. I so badly just wanted it to be just what happened and not political. The beautiful thing about putting it in a book is I was able to say it exactly how I wanted.”

Because her experience was one that she has rarely discussed, Ballerini says she’s not as far along in the healing process as she would like to be, though she says, “Getting the help you need is super important, whether that be therapy or more, if that’s what you need. I think not shutting down is super important and getting help is not a sign of weakness — it’s a sign of strength.”

In “Kangaroo,” Ballerini addresses her freshman year in high school, when a cruel comment from a boy, which coincided with her parents’ breakup, intensified Ballerini’s struggle with body image. In the poem, Ballerini describes using diet pills in an attempt to lose weight — an attempt that would soon become a cycle of purging, bingeing and overexercising.

“I had struggled with body image and body dysmorphia before that, but that was the moment that I can trace it all back to where it got real,” Ballerini says. According to the poem, Ballerini quit the cycle by age 18, and for many years now, she has embraced a healthy lifestyle.

“It’s a journey; I don’t think it’s a straight line,” she says. “I have days where, especially being a public-facing person, I’ll walk a red carpet and people will think I’m pregnant when I’m just existing, carrying around my organs. And that’s really triggering. But at the same time, what matters to me is being healthy, and being able to keep up with the dreams, goals and the ambitions that I have for myself. Everything I do now has to fit into a category of, ‘Is this healthy, and is this helping me maintain who I want to be?’ When I did the Victoria’s Secret fashion show, a bunch of people were like, ‘You should lose weight.’ I’m like, ‘I’m a singer, not a model.’ I’d be lying if I said that I never felt insecure and I loved my body every day. But I think when you say it out loud, when you air out your journey to people, it takes that stigma away and it takes that sting away.”

For Ballerini, writing the book — much like crafting her music — has been its own form of therapy and a way to put her truth out in the world.

Another theme in the book is Ballerini’s journey to finding the courage to speak up about things she feels are important — even if speaking out comes with missteps along the way. In the poem “The Right Side of History,” she addresses the backlash she received earlier this year for a tweet she sent out after fellow country artist Morgan Wallen was caught on video uttering a racial slur.

“The news out of Nashville tonight does not represent country music,” Ballerini tweeted, and soon garnered criticism from others in the country music industry. In the poem, she addresses the situation with the lines, “did i misstep, did i misspeak did i f— up with that one tweet i meant to raise my hand for the oppressed voice the right side of history.”

“I am a peacemaker, a people pleaser. I get scared to piss anyone off,” Ballerini says. “That is truly at my core of who I am, but when you do that, you don’t stand up for anything. I think the more that I grow up and the more that I find my beliefs and what I want to stand up for, I feel like I have a responsibility to do so. That doesn’t mean that I’m always going to do it right. I had an incredibly embarrassing, difficult time with what that poem is about, but in hindsight, I misstepped in the right direction, and I’ll take that any day of the week.”

Ballerini has been finding her voice over the past few years and using her platform to stand up for other  women in country music, at a time when airplay on country radio an uphill battle for female artists.

“I think the first few years, I was just holding on for dear life, and I think I didn’t have any capacity to understand that there was a lack of females until I did. I grew up with Trisha, Reba, Shania, Faith, Jo Dee, and the list goes on. There were always women on the radio. So all of a sudden I had a couple of hits, and I was looking around going, ‘There’s Carrie and Miranda and… what’s going on? You have to be so sharp as a woman to cut through. But that means that the women we’re getting — Maren, Mickey, Ashley, Gabby, Carly, Lauren — they don’t need development. You’re getting fully formed artists that are sharper than ever, and that’s what it takes to break through. And I think that’s why you’re seeing so many more female superstars emerging now because no one has the luxury of sitting around and having people help them figure it out. They have figured it out already.”

This fall, Ballerini has finally and joyously returned to touring, opening shows for pop sibling trio Jonas Brothers. Ballerini says fans can expect a new album next year, though she’s not yet sure how the album will sound.

“I’ve been so all in on this book, it’s really all I can think about. I’m excited for the holiday to just live a life to write about, and then figure out what the record is next year. But it’s been nice to write and not write for an album, because I think it’s made me such a better writer. And I think it’ll show up for me in the songs.”