Biden-Xi virtual summit: US president warns nations must not ‘veer into open conflict’ 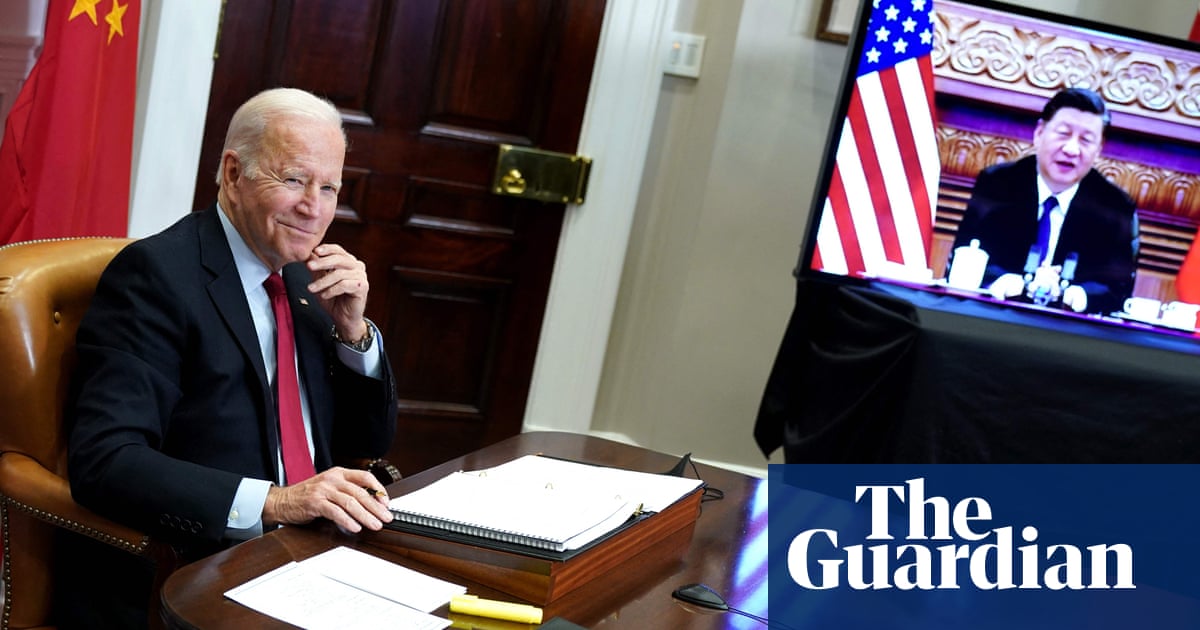 Joe Biden has begun a virtual summit with Xi Jinping by saying that they both had a responsibility to ensure the rivalry between their two nations did not “veer into open conflict”.

The video conference meeting between the two leaders, expected to last about two hours, represents their most substantial discussion since Biden took office in January, and comes at a time of particularly high tension.

There is growing apprehension of a confrontation over the fate of Taiwan, and over freedom of navigation in the South China Sea. The meeting also comes against a backdrop of global outrage over China’s treatment of its Uyghur Muslim population and Hong Kong, and a proliferation of cyber attacks the US has blamed on China. There are also deep divisions over what each country should do to mitigate the climate emergency, and the US is increasingly nervous about the rapid development of Chinese conventional and nuclear military forces.

The US president said he hoped the two men would talk “openly and honestly”, and establish “rules of the road” for their future behaviour.

“We need to establish some common-sense guardrails, especially on vital global issues like climate change,” Biden, seated at a table at the White House with senior aides, told Xi, who could be seen on a large screen facing the US president. Both leaders had the Chinese and American flags behind them.

In his opening remarks, Xi expressed similar sentiments. “Humanity lives in a global village and we face multiple challenges together,” the Chinese president said. “China and the US need to increase communication and cooperation.”

Speaking before the summit began, a senior US official said: “This engagement matters because it’s about setting the terms of the competition in two key areas: one, ensuring that the competition does not lead to conflict … We want to make clear our intentions and our priorities to avoid misunderstandings.

“Second,” the US official said, “this is an opportunity for President Biden to tell President Xi directly that he expects him to play by the rules of the road, which is what other responsible nations do.”

The Chinese embassy in Washington put out a written statement before the summit saying: “China hopes that the US side will work with China to explore how our two major countries get along in the new era based on mutual respect and peaceful coexistence, increase dialogue and cooperation, effectively manage differences and properly handle sensitive issues, in a bid to steer the bilateral ties back on the right track of sound and steady development.”