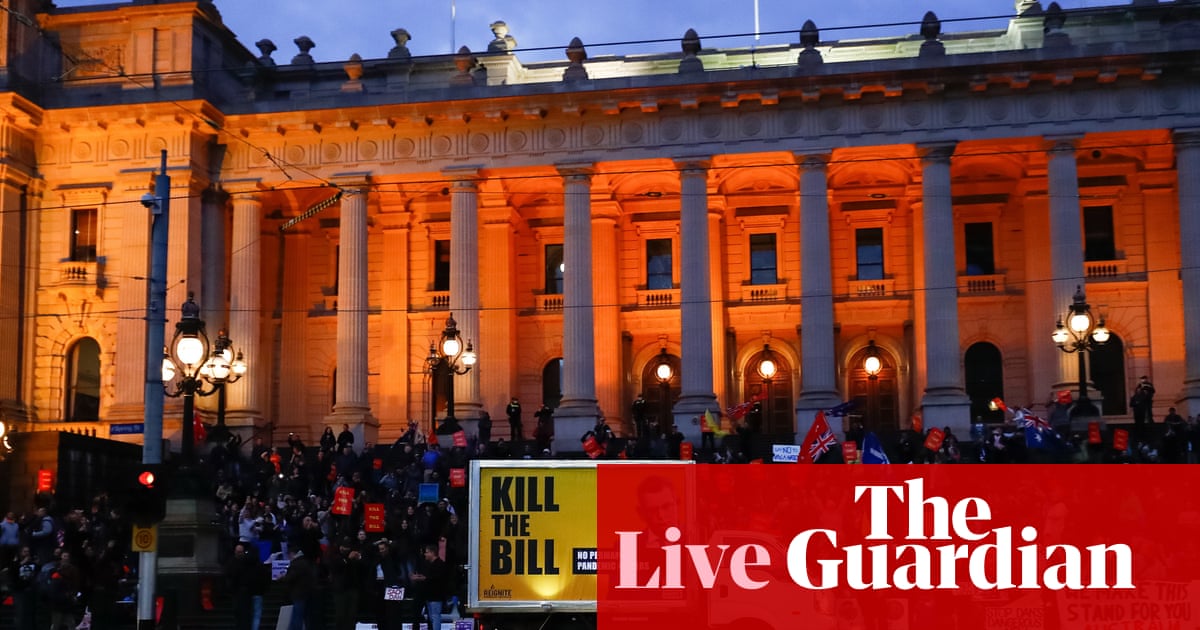 New Zealand has reported 222 new cases of Covid-19 in the community, the highest daily tally since the pandemic began.

The ministry of health said there are 197 new cases in Auckland, 20 in Waikato, 2 in Wairarapa, 2 in Lakes District and 1 in Northland. There are now 5973 cases in the August outbreak.

The ministry reported another death of a person with Covid-19 on Tuesday. The patient, who was in their 70s, was admitted to Auckland City Hospital on 11 November and subsequently tested positive for the virus.

Our thoughts are with the patient’s whānau [family] and friends at this deeply sad time. We would also like to acknowledge the team at Auckland City Hospital and all health care workers for their continued hard work and dedication.

There are 91 people in hospital, including 7 in intensive care. Of today’s cases, 87 are yet to be epidemiologically linked to the outbreak, bringing the total of unlinked cases in the past fortnight to 866.

To date, 90% of the eligible population over 12 years old have had at least one dose of the Pfizer vaccine, and 81 percent are fully innoculated.

At the Senate’s Covid-19 committee, experts from the Murdoch Children’s Research Institute have revealed the impact of coronavirus on children and current thinking on vaccines.

Steer said in Australia there are higher rates of hospitalisation because in some jurisdictions, especially NSW, they are being admitted for social reasons – because their parents are unwell – and the children are admitted “with that rather than for Covid”.

Steer said it was “pleasing to see” that Pfizer results for the under 12 show that it is an effective vaccine and there is “every reason to think it will be safe” but there is still reason for caution because there is “not enough information about risks”.

He noted there were some cases of *mild* myocarditis (inflammation of the heart) – but children have recovered. Still, researchers want to see results from the 400,000 children under 12 who have had Pfizer in the US and Canada.

Prof Sharon Goldfield was asked about the impact of lockdown on children and said there was some evidence of more frequent suicidal and self-harm ideation and presentations to the emergency department, especially at the end of 2020 and beginning of 2021 when Victoria was “in and out of lockdown”.

The first plane full of travellers from Sydney to Queensland destined for home quarantine has touched down.

Since the sunshine state reached a 70% double vaccination rate for its 16 and over population, they have launched a soft reopening of their borders, whereby travellers from NSW will be allowed to quarantine at home rather than in hotel facilities.

NSW Health has released further details on the two people infected with Covid-19 who died in the last reporting period.

A man in his 70s died at Mercy Place aged care facility in Albury, where he acquired his infection. He had received one dose of a Covid-19 vaccine and had underlying health conditions. There have been 10 deaths linked to an outbreak at this facility.

A man in his 70s from south-west Sydney died at Liverpool Hospital. He had received two doses of a Covid-19 vaccine and had underlying health conditions.

NSW Health expresses its sincere condolences to their loved ones.

It seems the recent amendments to the Victoria pandemic powers legislation haven’t been enough to win over the state opposition (although in fairness probably nothing would have been):

OK, but you are telling me that the Queensland premier just tweeted this and DIDN’T include a photo of Mariah Carey? Missed opportunity.

More very normal and not at all concerning news coming from Victoria:

Satanists from the Noosa Temple of Satan have met with Queensland senator Amanda Stoker to discuss their objections to the third draft of the new religious discrimination bill.

Robin Bristow, known as Brother Samael, said in a statement that the meeting with the (devoutly Christian) politician went well:

It was an amicable meeting.

Senator Stoker listened carefully to our objections and gave us a fair hearing.

Satanic temples generally operate somewhere more as a semi-satirical political activist organisation than a traditional faith congregation and often work to highlight the need for a separation of church and state.

The Noosa temple objects to the new bill as they fear it will allow religious organisations to discriminate against those of different faiths.

In their statement, the Temple’s lawyer, Trevor Bell, outlined the organisation’s objections to the bill.

We have no problem with the idea of protecting individuals from religious discrimination. Unfortunately, the proposed laws will do more than that. The new laws will enable religious institutions to discriminate against people of different faiths.

For example, a Catholic school will be able to sack or refuse to hire a physics teacher just because she is not Catholic.

Senator Stoker trotted out the usual argument that people of a faith should have the freedom to gather and form groups to the exclusion of others. If discrimination is bad then it doesn’t suddenly become OK just because a group of religious people want to do it.

The temple said the senator assured them that smaller faith groups supported the laws as strongly as the larger faith groups, but Bell doesn’t agree.

Bristow closed out the media release with this kicker of a line:

I fear Hell has frozen over … Satanists are the only faith group willing to fight against this injustice.