Where’s Taylor Swift’s scarf – is it in Jake Gyllenhaal’s drawer? 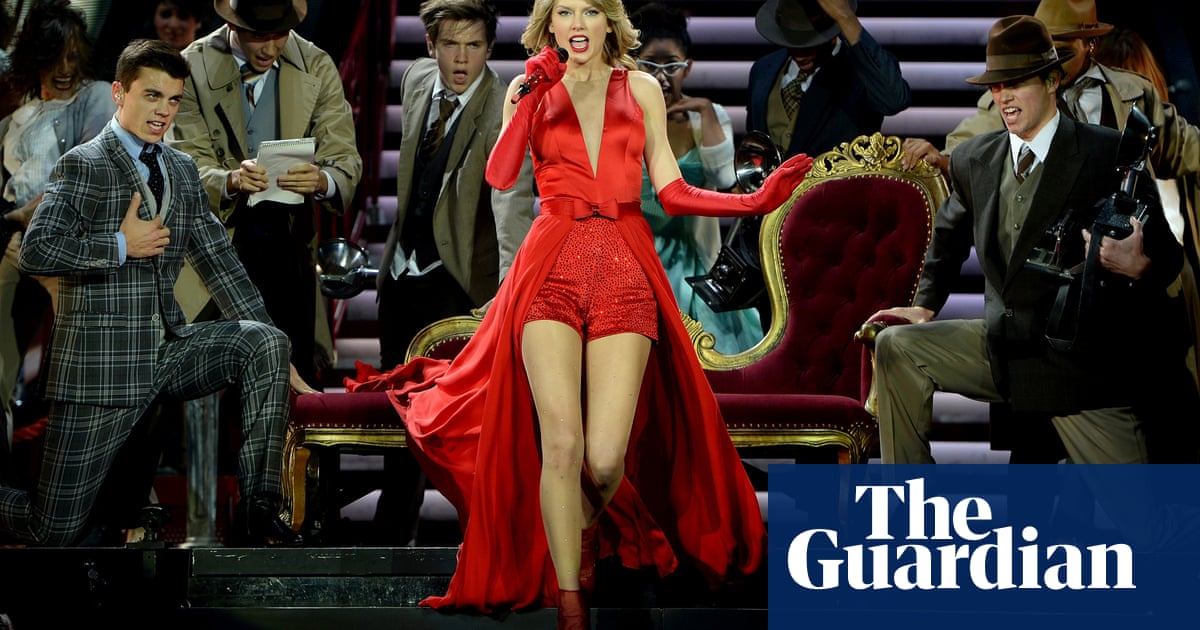 Taylor Swift runs a close second to Ezra Pound for having devotees scour every word of their hero’s writing in search for a deeper meaning. Those on social media may have spotted “Swifties” in a lather over a recent reference to the pop star’s mysterious red scarf.

Like a BBC Radio 4 discussion of Pound’s The Cantos, the forensic analysis of Swift’s famous winter accessory may have left some on social media perplexed. As a result, Nadia Khomami has prepared a guide for the uninitiated.

Where does the scarf chatter come from?

The reference originates in Swift’s 2012 song All Too Well, included on her hit album Red which was rereleased on Friday. Subtitled “Taylor’s version”, the album is the second instalment of the singer’s ongoing project to re-record and regain ownership over six records which she alleges were sold out from under her by her former label.

Swift, who has long had a habit of writing songs about her private life, particularly her former relationships, used Red to rebuke an older man who broke her heart when she was 21 – widely rumoured to be Hollywood A-lister Jake Gyllenhaal, whom she dated back in 2010.

As a result, Gyllenhaal’s Instagram has been besieged by people interrogating him about the whereabouts of said scarf.

What are the lyrics?

The track All Too Well features some of Swift’s most poignant lyrics on heartbreak, and opens with the lines: “I walked through the door with you, the air was cold, but something about it felt like home somehow, and I left my scarf there at your sister’s house, and you’ve still got it in your drawer, even now.”

Although Swift has never confirmed the song to be about Gyllenhaal, she sings of “weeping in a party bathroom” after the man did not attend her 21st birthday, which fans see as the clearest symbol that it is Gyllenhaal, her boyfriend at the time.

Other, more brutal lyrics such as “and I was never good at telling jokes but the punchline goes, ‘I’ll get older but your lovers stay my age’” have had fans weeping.

Where is the scarf now?

Jake’s sister Maggie Gyllenhaal has even been pulled into the drama, though she has previously said she didn’t get why “everybody” asked her about the scarf. “I am in the dark about the scarf. It’s totally possible, I don’t know,” the actor told US talkshow host Andy Cohen.

Jake’s friend, Broadway actor Andrew Burnap, on Friday claimed he was actually in possession of it. “This is gonna sound crazy and you will definitely think I’m kidding but I’m not – I think I am in possession of that scarf,” he tweeted.

Is the scarf really just a scarf?

A small number of fans speculate the scarf may actually be a metaphor for Swift’s virginity (though this is entirely conjecture), although that’s highly unlikely.

Whether or not it was Gyllenhaal, comments including “Where’s the scarf Jake?” and “Send the scarf back, it’s not too late” continue to be posted on the actor’s account.

For now, the official Taylor Swift store is selling red scarves for $35. Due to extremely high demand, the website warns buyers it may not arrive by Christmas.