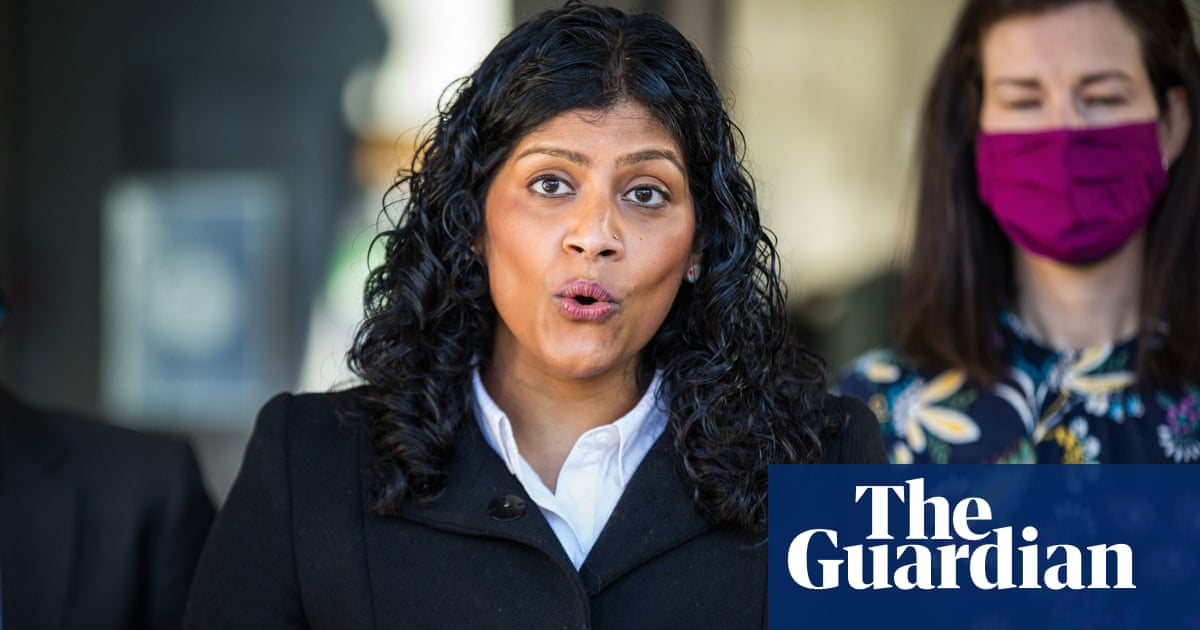 The Victorian government will water down its controversial pandemic legislation after 11th-hour negotiations with key crossbenchers.

But sweeping powers, giving the premier the responsibility of declaring a pandemic, which can be extended for three months at a time for as long as considered necessary, will remain despite ongoing protests and death threats against MPs supporting the controversial legislation.

The premier’s office has confirmed the laws will now go before the upper house on Tuesday.

The Victorian premier, Daniel Andrews, has faced mounting pressure from human rights bodies and legal groups to amend the pandemic bill for its powers to rule by decree.

Three upper house crossbench MPs needed to pass the bill including Reason party’s Fiona Patten, Greens leader Samantha Ratnam and Animal Justice Party’s Andy Meddick were in ongoing discussions on Monday which are expected to continue into the evening.

Guardian Australia has learned they have pushed for, and will be granted, a number of amendments to the bill, including scrapping proposed harsh fines, reducing the two-week timeframe for public health advice to be published and granting Victorians the right to appeal detention orders at the Victorian Civil and Administrative Tribunal.

All three MPs are expected to support the amended legislation.

Ratnam said the state of emergency was no longer fit for purpose and she was pleased the current proposal offered better transparency, accountability and fairness.

“We’re still in a pandemic, we’re likely to need public health measures to keep us safe,” she said.

“You’re faced with a choice about whether you support a bill with improvements on the status quo, rely on the state of emergency or deny the government any ability to implement public health measures despite being in a pandemic.”

Ratman said she understood public frustration but feared elements of the far right were exploiting anxieties.

The crossbenchers have faced ongoing abuse and death threats from people opposed to the bill.

“It’s got more graphic and violent as the days continue,” Ratman said.

Patten said she was furious the “disingenuous politicisation of the legislation” had instilled fear in the community and created a “perfect storm” for violence.

“I’m seeing political operatives trying to stir it up further, I am concerned. I feel somewhat silenced, I feel nervous, but it’s not going to stop me from doing what’s right,” she said.

“It would be very easy to vote no, but that’s not the right path of action … it will end up being model legislation.”

Victoria’s health minister, Martin Foley, confirmed there was room to move on the details on the legislation.

“If we can make this even more transparent, even more accountable, an even more effective piece of government response then we’re open to … suggestions,” he said.

“We’re working through all these issues with crossbenchers who have chosen to engage constructively.”

Federal Labor MP Andrew Giles questioned why prime minister Scott Morrison hadn’t publicly condemned the protests, which were attended by thousands of demonstrators over the weekend.

The state opposition on Monday announced it would attempt to move 18 amendments to the legislation, limiting the scope of the bill, which the Coalition has called the “most dangerous laws” in the state’s history.

The opposition leader, Matthew Guy, said he would repeal the laws “as a first act of government”.

Law Institute of Victoria president, Tania Wolf, said the bill improved on the existing framework designed to manage an emergency rather than an ongoing pandemic, but called for significant amendments and said the enormous rush for it to pass this week was unjustified.

The state government’s emergency powers are due to end on 15 December, placing pressure on Andrews to push the legislation through before the Public Health and Wellbeing Act expires.

“It’s important the government makes decisions effectively during a public health crisis to protect the community, but there needs to be an effective, independent oversight body to review pandemic orders,” she said.

“The current proposal doesn’t achieve that, and there’s a time lag when information is tabled and when orders are made of two weeks, when it should be as soon as possible.”

Wolff said she was concerned the committee that would oversee the new laws would be “significantly constrained” and an independent oversight committee, like the ombudsman, would be far more effective in reviewing pandemic orders.

She also said an aggravated offence proposed in the bill contained extraordinarily high fines for those found flouting the legislation, and excessive imprisonment terms.

Individuals risk two years’ imprisonment or up to $91,000 in fines under the aggravated offence if they fail to comply with a pandemic order. Businesses face fines of up to $452,500 for breaching the rules.

“The government needs to be able to effectively make orders but it ought not be so broad, not because we distrust the government today, but we’re making laws for future governments and unknown circumstances,” she said.

“It needs to be justifiable, reviewable, proportionate and limited to the extent we know it can be. The legislation is new, so it’s OK if it takes a little time to get it right.”

“There is increased transparency around the health advice and some improved oversight and scrutiny processes,” he said.

“[But] there should be an outer limit on how long a pandemic declaration can extend for, and … people should be able to appeal against their detention and other decisions which affect their rights.

“The law should also make clear that the health minister needs to act consistently with Victoria’s human rights charter when imposing health restrictions.”