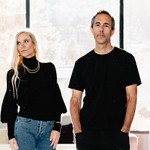 “As the years of experience mounted [with Sweety High Media] we got better and better at getting traction on young artists and that sort of became a specialty of ours right when it really became a new world order,” noted Simonetti. “If the old problem was access — getting an A&R guy to come to your show — the new problem is traction.”

“We did the heavy lifting and found the people who loved her after her first single,” says Simonetti of Rose’s steady rise to popularity. “The ability to meet the audience where they live all day long, Sweety High has a big footprint already.”

Sweety High Media has also worked with established artists to put together interactive experiences and live events — like the disco ball truck that traveled around Los Angeles to promote Miley Cyrus’ 2020 release of the single, “Midnight Sky.”

Utilizing influencer pools is just one way the company plans to crowdsource for the artists on their roster, “This idea that an artist these days is interested not only in their fans but in influencers, is sort of more globally how they’re gonna express themselves through these other avenues we can use to tell more about the artist. We’re the hub between all those things and we have been for a while.”

Billboard spoke with Simonetti about the details of the label’s inner workings and revealed what artists can expect if they sign with Gem Street Music.

Record deals are changing and many companies are looking to stand out from the crowd. What kinds of deals will Gem Street offer artists?

We’re coming from the position where we’ve managed talent before we started a label so when you manage talent — it’s always about artist rights.

The contracts need to be shorter and less ownerist in terms of the deliverables. A lot of this is about the recoupables. The split of these profits aren’t always beneficial to the artist so on that piece, you need to do more with less money and the term of the deal. Everyone now is trying to get out of their record deal, we hear that all the time and it’s because the deals are very long, you know 5 records or 6 album cycles etc..

It’s a matter of degrees depending on who the artist is and what they’re doing. If someone came into Gem Street and said, “I wanna work with you but I want to own all my masters and that’s a must have for me” and we love them — we would figure out a way to do that. There will be some blockers like if we eventually partner and they get distributed by another label. Then you know, there might be some real sort of deal points if they need to own their masters that could be hard to get around.

It’s a great time to be an artist if you’re also an entrepreneur. If you can get traction, you have leverage to get better splits, get a better signing bonus, and then ultimately own more of your masters or have greater control of your catalog over time.

Who are Sweety High’s music partners for Gem Street? What kind of deals are in place with them in terms of joint ventures?

We partnered with CAA, they’re deep in the music space from an agent perspective and then we’ve been working pretty hand-in-glove with a lot of the majors. Those aren’t necessarily paper deals like when we work for Miley [Cyrus] or Posty [Post Malone] or Ty Dolla $ign or any of these folks, we might be working with RCA one month and then Empire the next so a lot of that is sort of recurrent relationships with major labels and major publishers who really are just looking for traction, digital, social — a lot of the stuff that when you get to to be a big company is sort of granular.

Will you be creating content/programming on Sweety High based on the label’s roster?

We already make all the music videos and content for the artists we work with and Gem Street will have its own — We have a website and that’s just one part of the brand, the socials and then also any of the owned and operated video network platforms that we own — all the artists will have exposure across them.

When anything goes out day and date, a video, a song, a livestream etc., it will go to all those places at once so there’s this sort of instant — day one date scale that’s like the first step for every release for every artist.

How does Gem Street’s approach to defining and developing up-and-coming artists differ from other major labels? … I expect Gem Street to work with many new, developing acts. How will you help these acts build their career plans or teams?

We’re focused on the 0-60. We look at getting digital traction as almost the most important part of the process for young artists. What that looks like is views on videos, plays on songs, getting them the right kind of PR and the right visuals so their brands grow very quickly even when they’re still on their first or second album.

The fact that we have the platform behind them — which is 25 million on Sweety High — we can hit all day long and then Social Impact has a long reach too, with a big pool of influencers. Beyond that, we have a big video network which is everything from K-pop to satisfying videos, etc.

So this is something that when an artist comes in — not only can we get them traction but we can sort of figure out what works for them. A lot of the intelligence behind what’s gonna happen with an audience moving forward is putting out a ton of content and looking at what comes back.

What are your expectations for Gem Street and can we expect further expansion, whether it be product or service, to new or even international markets?

To bring on a larger roster of talent — a lot of which we’ve been focused on and tracking for the last year or two. And to give them the opportunity, to give them the traction much quicker than they would normally. We have a lot of different moving parts going in direct-to-consumer merchandising, in touring, and live streaming.

Looking forward, we’re gonna work with established companies we’ve been working with these past few years to grow out bigger offerings so that we can bring Gen Z to the table.

This interview has been edited for length and clarity.