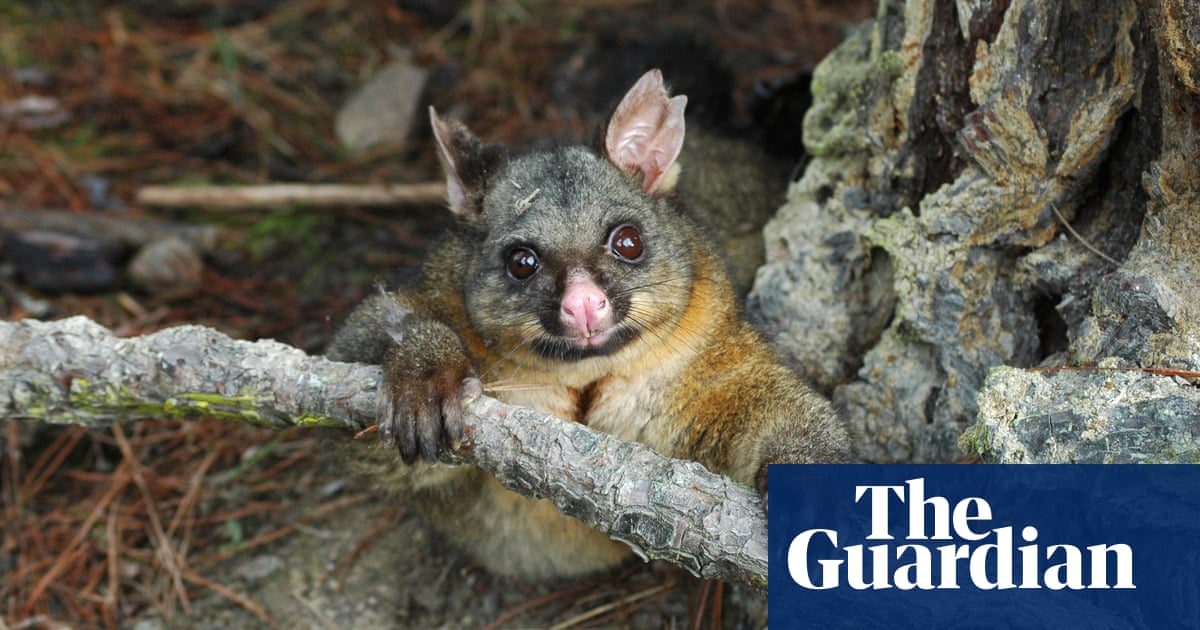 A possum has been released without charge after it held a woman “hostage” at her home, New Zealand police say.

Officers received a call late on Sunday night from a distressed woman who said “a possum was holding her hostage” at her home in the South Island city of Dunedin.

“When she would exit her house and attempt to reach her car, the possum would charge at her and she would flee inside,” Snr Sgt Craig Dinnissen said.

When the police arrived and approached the front door, a juvenile possum came out of the dark and climbed an officer’s leg. Dinnissen suspected it was either an escaped pet or had recently been separated from its mother.

After apprehending the suspect, police delivered the possum up to nearby lookout spot Signal Hill and released it into the wild “to prevent further citizen harassment”. No harm came to the possum or the officer, Dinnessen said.

But while the human population of Dunedin may rest easy once more, New Zealand’s native birds, insects and trees cannot.

Possums have had a devastating impact on bird life, competing for food and habitat resources, and climbing into nests to eat eggs and fledglings. They have also destroyed native trees, especially rātā, totara, tītoki, kōwhai and kohekohe.

The marsupials were first introduced into New Zealand from Australia in 1837, to establish a fur trade which never took off. With no natural predators other than cats, and a smörgåsbord of flora and fauna that were defenceless to predators, possum numbers exploded. A 2009 Landcare study estimated their population exceeded 47 million.