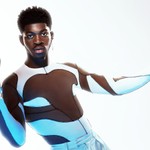 Lil Nas touched on other rappers throughout the interview and revealed how he felt about losing the No. 1 spot on the Billboard 200 to Drake’s Certified Lover Boy. “I did feel like that [I had to work harder]. Then I got out of it, and all I thought about was how blessed I am. About where I was three years ago. Nobody even thought that I would be here. Everybody was like, ‘One-hit-wonder this, one-hit-wonder that.’ And now it’s amazing that my competition was Drake,” the 22-year-old reflected. “Drake, with this huge album and the most first-week sales of the year. Plus, Drake’s my idol. There are too many other wins to be upset.”

During a personal moment in the interview, the rapper also spoke about how tough it was for him to talk about his family issues on Montero, but later reconsidered after evaluating the type of relationship he wanted to have with his fans during the pandemic.

“It was a difficult decision because initially, when I came into the music industry, I never wanted anything about my family life or home life to be out there,” he shared. “But then, as the pandemic was going on, I was kind of thinking, We’re all human beings. We all have similar experiences. I’m sure there’s somebody out there with the exact same situation as me. So I might as well open up my life. I want to build a fan base of honesty and authenticity. And I was like, I have to go there. When I feel like I shouldn’t do it, I feel like that’s when I should definitely go for it.”