Here Are All the Performers & Presenters at the 2021 Latin Grammys 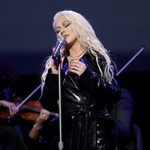 Hosted by Ana Brenda Contreras, Carlos Rivera and Roselyn Sánchez, this year’s Latin Grammys will include a star-studded lineup of both performers and presenters, including C. Tangana, Maná, Los Dos Carnales, Ozuna, Gloria Trevi and Myke Towers, among others, taking the stage.

With the theme “rediscovering life through music,” the three-hour show will air live on Univision at 8 p.m. ET, preceded by a one-hour pre-show starting at 7 p.m. ET. The telecast will “invite audiences to rediscover what’s important in life using music as a storyline,” according to a statement from the Latin Recording Academy.