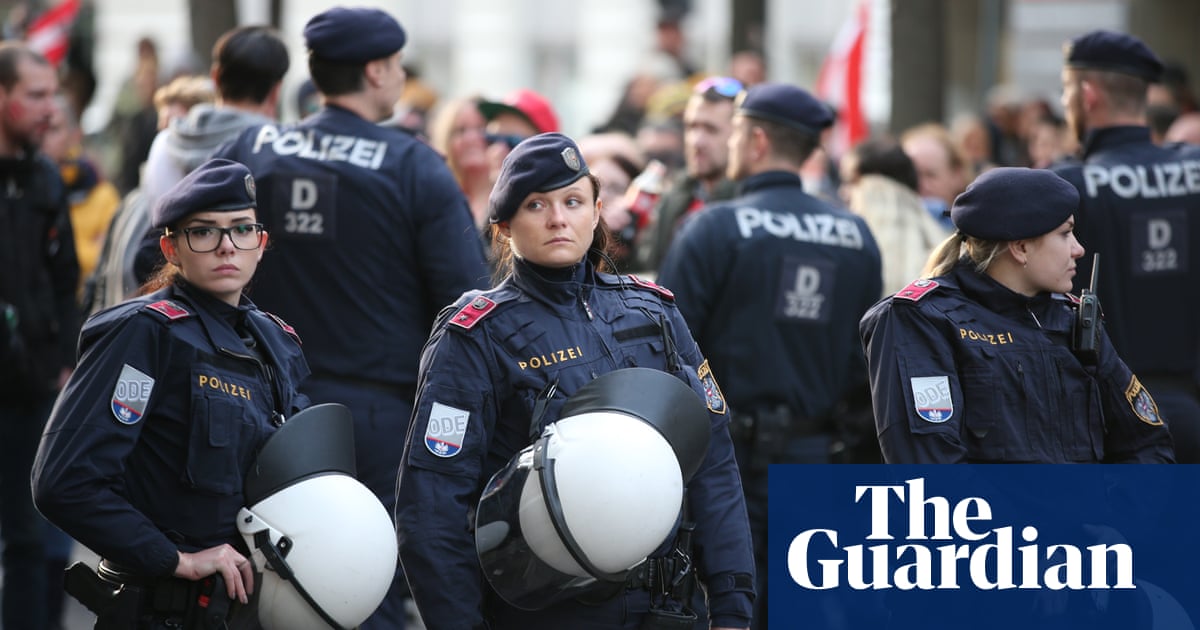 Police in Austria have begun carrying out routine checks on commuters to ensure compliance with a nationwide “lockdown for the unvaccinated”, as the Alpine country tries to get on top of one of the most rapidly rising infection rates in Europe.

The restrictions, which came into effect on Monday morning, will affect almost 2 million Austrian citizens aged 12 and older who have so far not been fully vaccinated against Covid-19. Of those, the 356,000 people who have been vaccinated only once can be released from lockdown if they show a negative PCR test.

“It can happen any time and anywhere,” the interior minister, Karl Nehammer of the Austrian People’s party, said of the police checks. “Every citizen has to expect to be checked.”

However, a long list of exceptions has led critics to warn that the partial lockdown will be difficult to enforce: unvaccinated people will still be able to go to work with a negative test result, do essential shopping and outdoor physical exercise, meet their partner or other select individuals, and “satisfy their basic religious needs”.

Schoolchildren, who are tested regularly, are also exempt from the lockdown.

The measures, details of which were announced on Sunday by the chancellor, Alexander Schallenberg, are provisionally designed to last for 10 days, though the government said it would discuss potential further restrictions on Wednesday, such as a nighttime curfew that would also apply to those who have been vaccinated.

The week before the new restrictions came into place, almost 130,000 people in Austria chose to be vaccinated for the first time, the highest weekly number recorded since the second week of July.

The far-right Freedom party has said it will seek legal action against the lockdown measures and announced plans to organise a protest in Vienna on Saturday.

The leader of the Freedom party, Herbert Kickl, announced via Facebook on Monday afternoon that he would not be able to participate in the protest since he had tested positive for Covid-19 and would have to quarantine for 14 days.

Over the past week, Austria has recorded almost 840 new cases per 100,000 people, the highest infection rate in western Europe and the highest recorded in the country since the start of the pandemic. On Monday, Austria reported 11,889 new cases and 40 new deaths.

At 63%, the country’s vaccination rate is also the lowest in western Europe, though only a few percentage points lower than the 67% of the population fully vaccinated in Britain.

The UK, which has so far declined to reintroduce any curbs on social movement, has been recording a similar number of weekly Covid deaths relative to its population.

In Germany, the parties of the likely next government have also signalled they would be prepared to reintroduce some restrictions on social gatherings and checks of vaccine status or test results on public transport in an attempt to curb rising infection rates.