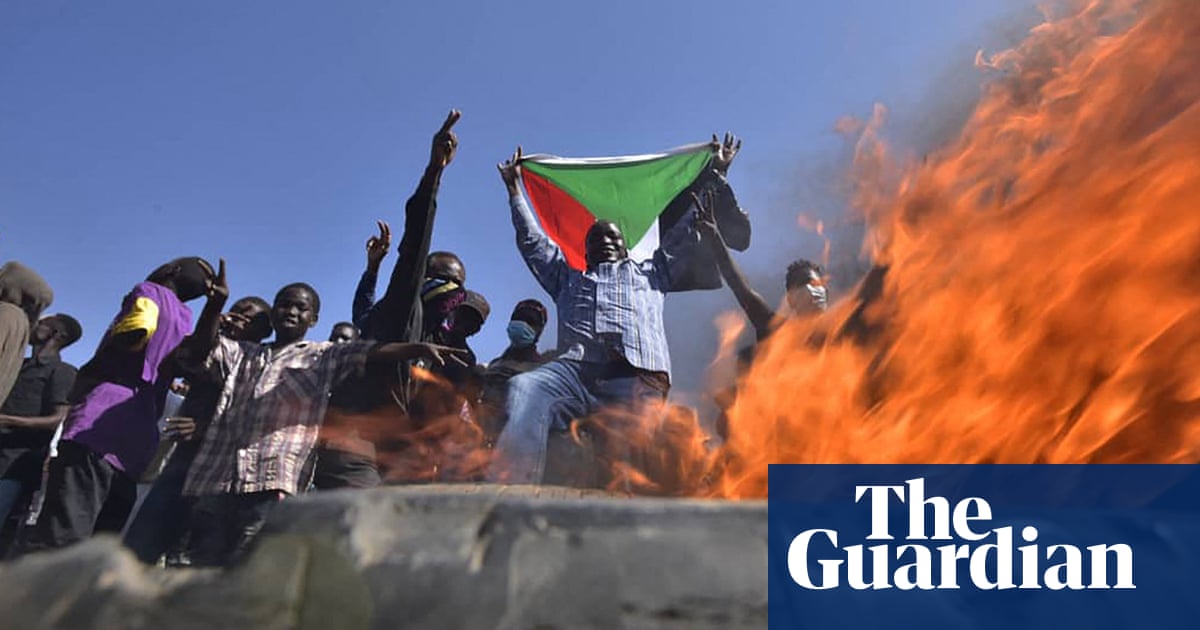 Sudanese security forces have raided the home of Al Jazeera’s Khartoum bureau chief and arrested him, the news outlet has said, a day after street protests across Sudan against a military takeover.

The Qatar-based media organisation said it held Sudan’s military authorities responsible for the safety of all its employees after bureau chief El Musalmi El Kabbashi was arrested on Sunday.

“Al Jazeera condemns in the strongest terms the reprehensible actions of the military and calls on the authorities to release El Kabbashi immediately and to allow its journalists to operate unhindered,” it said in a statement.

The European Union on Sunday condemned “in the strongest terms the violence perpetrated against peaceful civilian protesters” on Saturday, and said it was “very worried” by the detention of journalists.

“The interventions by the military since 25 October last are undoing much of the progress achieved under the civilian-led government,” the bloc said in a statement. “This will have serious consequences for the support of the European Union.”

On Saturday, security forces used teargas and gunfire to try to disperse the protests in the capital of Khartoum and other cities. The Central Committee of Sudanese Doctors, which is aligned with the protest movement, said the number of demonstrators killed on Saturday had risen to seven with the death of a 13-year-old girl from a bullet wound to her head.

Pro-democracy groups led by neighbourhood resistance committees are organising a campaign of civil disobedience and protests against the 25 October coup, with another day of demonstrations planned for Wednesday.

The coup ended a military-civilian power-sharing arrangement set up after the overthrow of autocratic ruler Omar al-Bashir in 2019. Western powers that had backed Sudan’s political transition towards elections after Bashir’s ousting have condemned the military takeover and suspended economic assistance.

Separately, a group that represents refugees and displaced people in the western Darfur region, where security has deteriorated in recent months, said that four civilians had been killed in several incidents over the past week and a refugee camp had been attacked.

Efforts to mobilise opposition to the coup have been complicated by a mobile internet blackout across the country. On Sunday a judge issued a third order for providers to restore connections.

Since the takeover, military leader Abdel Fattah al-Burhan has moved to consolidate his position, replacing key state officials and naming a new ruling council, which held its first meeting on Sunday.

The council is expected to name a new prime minister after efforts involving the United Nations to mediate between the military and ousted prime minister Abdalla Hamdok stalled.

Hamdok, who is under house arrest, had demanded the release of other top civilians arrested during the coup and a return to power sharing ahead of elections in 2023.