10 Cool New Pop Songs to Get You Through The Week: Shamir, Blu DeTiger, Mitski & More 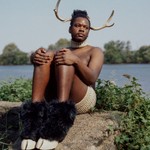 Twenty-six-year-old English singer-songwriter Nilüfer Yanya released her debut album, Miss Universe, in 2019 and a three-song EP last December; come Mar. 4, she will share her second full-length, Painless. “Stabilise” is a promising lead single, with driving production built around a rapid riff that underscores the message of being in a one-person race to save yourself. — Lyndsey Havens

Following a Weeknd-esque ominous introduction, “Cisgender” quickly evolves into a song only Shamir could have crafted. With songwriting that holds a mirror to the spectrum of sexuality, supported by edgy and industrial production, Shamir kicks the song to a higher plane around the 3:25 minute mark when he unleashes a window-shattering high note that will have listeners listening back. — L.H.

Mitski, “The Only Heartbreaker”

Following Mitski’s return with the pensive “Working For the Knife,” last week the indie star announced her upcoming sixth album, Laurel Hell, and released a new single, “The Only Heartbreaker.” The more uptempo, glimmering track showcases Mitski’s crisp vocals that are the main course to the song’s crushing instrumental end — the cherry on top. — L.H.

Gracie Abrams’ new project This Is What It Feels Like should continue her rapid rise toward the indie-pop elite thanks to the high-quality songwriting on tracks like “The Bottom,” on which Abrams warns a suitor of her many flaws while hopscotching across a collection of sublime melodies. — Jason Lipshutz

“Blondes,” Blu DeTiger’s first official release since signing to Capitol Records, carries the sound of an artist ready to command a bigger stage, as well as leave home after too long in lockdown. “I’ve been looking for something to make me feel alive,” the sing-songwriter declares in falsetto, flaunting ample swagger over the post-disco production and getting ready to make some noise. — J.L.

The Death of Speedy Ortiz & Cop Kicker… Forever boasts remixed and remastered versions of some of Sadie Dupuis’ earliest songs as the mastermind of Speedy Ortiz, giving enduring jams like “Speedy Ortiz” the sonic facelift (and wonderfully eccentric accompanying visual!) they deserve. — J.L.

The Jaws of Brooklyn, “Fever”

Peach Pit has come a long way since making a name for themselves in the indie scene with singles “Seventeen” and “Alrighty Aphrodite.” The Canadian rockers are back after a brief hiatus with “Look Out!” — a bright track that sees the group dabbling into the more acoustic elements of their sweet sound, with folk-inspired guitar leading the song’s instrumental. It’s a nice tease of what’s to come when its third album arrives next year. — Starr Bowenbank

MØ’s pop sensibilities are stronger than ever, and what better way to expand said sensibilities than by referencing moments in actual pop culture? “Brad Pitt” finds the Danish singer-songwriter lamenting on a love that appears doomed from the start, and name-drops long-ago Hollywood couple Juliette Lewis and Brad Pitt. The lyrics sit beautifully on top of melancholic synths and meticulous guitar work, a most pleasing companion to MØ’s languid vocal delivery. — S.B.

With the 10th anniversary re-release of Foster the People’s debut album Torches, fans were finally treated to “Downtown,” one of the darker and more intense songs in the band’s early discography. The piano and synth-driven track features Foster passionately singing about losing a friend to bad decisions, which builds into a power crescendo near the song’s end and provides a warning to his listeners: “There are consequences (for your actions).” — S.B.