UK must be ready for war with Russia, says armed forces chief 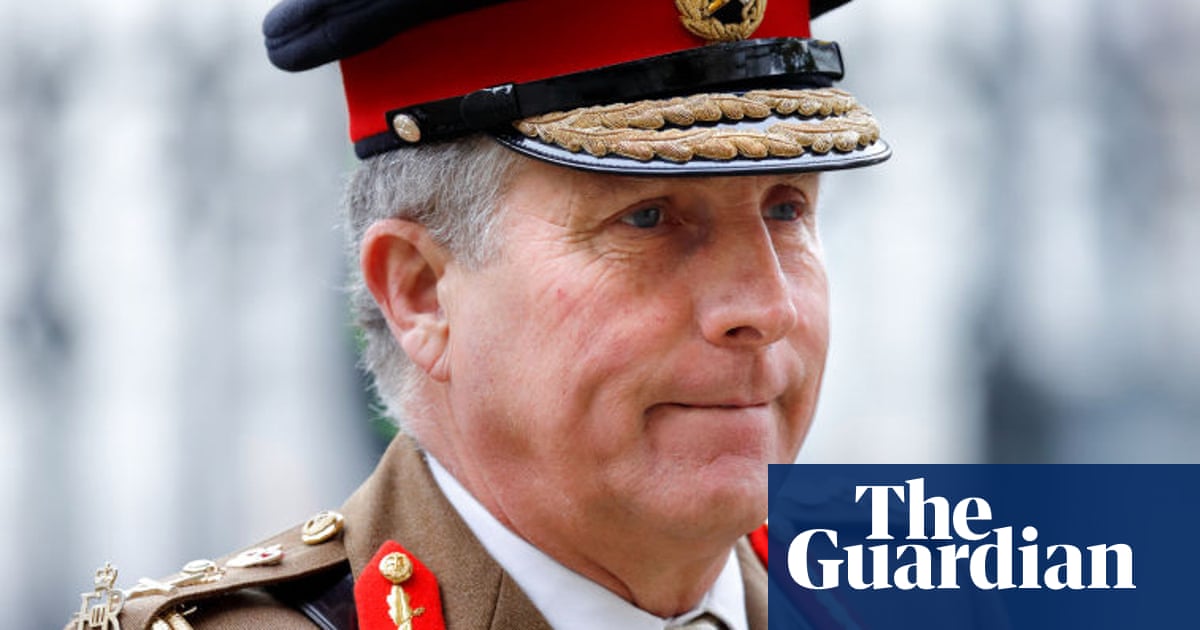 The outgoing head of the UK’s armed forces has said the military will have to be ready for war with Russia after recent tensions in eastern Europe, but he does not believe Vladimir Putin really wants “hot war” with the west.

Gen Sir Nick Carter said Russia was now a greater threat in eastern Europe than it was when he started in the role eight years ago, as he gave a series of interviews before his departure as chief of the defence staff at the end of the month.

He said he “distinctly hoped” there would not be a war with Russia and he did not believe the country wanted a physical war, but Nato would have to be ready.

He spoke amid tensions on the border between Poland and Russia’s ally Belarus over refugees stranded in camps, as well as signs that Russian troops could be amassing along the border with Ukraine.

Liz Truss, the foreign secretary, this weekend urged Putin to intervene in the “shameful manufactured migrant crisis” unfolding at the border between its ally Belarus and Poland. Western nations have accused Belarus of attracting people wanting to come to the EU to the border, while Poland has been rebuffing their efforts to enter.

The former MI6 officer Christopher Steele has said he believes Moscow thinks it is at war with the UK and its allies.

Asked about this view on Sky News’s Trevor Phillips on Sunday, Carter said: “Russia probably regards the global strategic context as a continuous struggle in which, I think, they would apply all the instruments of national power to achieve their objectives. But in so doing, [the Russians] don’t want to bring on a hot war.

“So, yes, in a way I think he’s right. The question, of course, is how you define war and I, as a soldier, would tend to define war as the actual act of combat and fighting, and I don’t think they want that.

“I think they want to try and achieve their objective in rather more nuanced ways.”

He later told BBC One’s The Andrew Marr Show that Russia was in a “hybrid playbook where you link disinformation to destabilisation and the idea of pushing migrants on to the European Union’s borders is a classic example of that sort of thing”.

He said it was most likely that the Belarus and Ukraine border situations were “classic distraction” by the Russian government of the type that had been going on “for years and years and years”.

Asked whether it could turn into a shooting war, Carter said: “I don’t know. I think we have to be on our guard and make sure deterrence prevails and critically we have to make sure there is unity in the Nato alliance and we don’t allow any gaps to occur in our collective position.”

Carter also acknowledged that the situation in Afghanistan was “not good”, after arguing at the time of the Taliban takeover in August that the group had changed and should be “given space” to form a government.

He said there had been “ghastly images … of a potential humanitarian crisis” and admitted the Taliban had “a lot of things that had got to change”. But he still insisted the Taliban were different from how they were in 2001 and claimed “the moderate lot are probably privately arguing to be a different sort of Taliban”.

Admiral Sir Tony Radakin, 55, the head of the navy, is taking over as head of the armed forces, with Carter due to stand down at the end of the month.