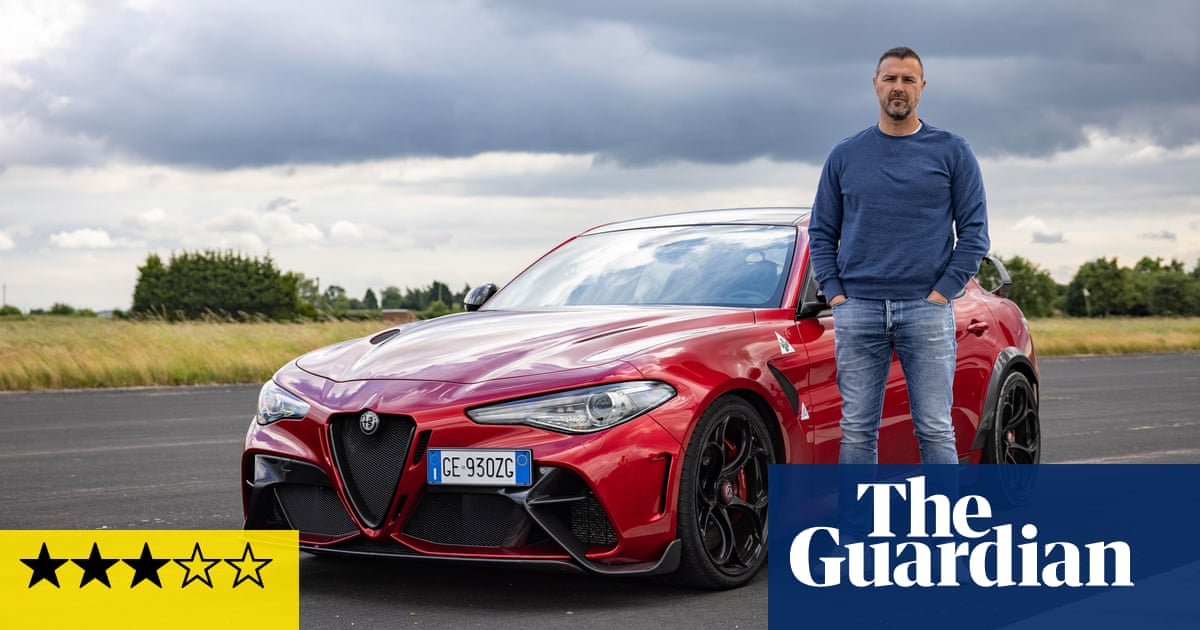 “To find out what it’s capable of,” growls Chris Harris, as he accelerates a £280,000 McLaren 645LT towards its top speed of 200mph, “you’d better bring your A game. And possibly a spare of boxer shorts.” What he doesn’t say – but is possibly thinking – is “and your mum to do the washing”.

Top Gear would have been more in tune with prevailing diversity norms had Sue Perkins replaced Jeremy Clarkson as its host, or if Victoria Coren Mitchell had done a reverse takeover of Top Gear with a TV version of Women Talking About Cars. Maybe Katy Balls could have adapted her Women With Balls podcast with a special about gendered motoring practices in Riyadh. But none of those would have done what this, the Great British Jerk Off, manages to do unwittingly – to eloquently psychopathologise the patriarchy.

In this first episode, each of the three hosts – the surrogate Richard Hammond (Harris), the James May-like mild-mannered geek (Andrew Flintoff) and the gobby Clarkson stand-in wearing genitally challenging jeans (Paddy McGuinness) – is assigned a fast car and tasked with, so far as I can understand the rules, driving it faster than the others. It is the wrong sort of drag race for our times.

Before we get down to boy racing, though,there is a data dump for the petrolheads in the audience. Flintoff’s Aston Martin Vantage F1 Edition, we learn, has more downforce than earlier models, increased compression, a V8 turbo engine, 527 horsepower and can go 0-60mph in three and a half seconds (all of which are useless in the real world when you are in a seven-mile tailback on the M6 with a full bladder).

To do a reverse Greta Thunberg, this technical blah blah blah is beside the point: what viewers want is planet-despoiling burned rubber, toxic emissions bigger than the gross methane output of Argentine cattle, and the possibility of Flintoff being cut from his leatherette catsuit by firefighters – revealing his trim abs – while his wrecked motor burns in the background.

Flintoff’s Aston Martin is pitted against McGuiness’s Alfa Romeo and Harris’s McLaren. I know so little and care even less about cars that I once wrote off a perfectly serviceable Talbot Horizon by ineptly changing the oil filter, but even I can see how this contest is going to pan out: the little man’s big car will go faster than the bigger men’s little ones. And so it proves.

Later, the three presenters race at Silverstone against three F1 drivers. This segment does little to change my sense that these middle-aged blokes are having more fun than the licence fee-payers in the TV audience who footed the bill. To be fair, the response to that last criticism is presumably that foreign sales of Top Gear to other territories teeming with car-fixated kidults more than warrants the outlay.

Top Gear then changes gear for a fond profile of Eddie Kidd, Britain’s answer to Evel Knievel. In the 80s and 90s, Kidd was a daredevil stunt rider who leapt the Great Wall of China, served as James Bond’s stunt double and defeated Evel’s son Robbie in a contest with a jump of 215ft (65.5 metres), before suffering a serious brain injury after a stunt crash in 1996 that put him in a coma for three months. Here, McGuinness pays tribute to his childhood hero and even arranges an evening of stunt motorcycling to honour the 62-year-old, who attends with his carer, family and friends.

If this segment had come in smell-o-vision, the scent of petrol and sentiment would have been overpowering, but for once Top Gear’s heart is in the right place, hymning a British action hero who in his pomp achieved more than many of us ever will. Vivienne Westwood designed a fetching leather biker suit for Kidd. He was always good-looking, with a fine head of hair and – at one point – a recording career. If all that wasn’t enough, he also got the glad eye during a TV interview from Gloria Hunniford. All of these, oddly enough, are on my bucket list – but will I realise them? Not in this lifetime.