On Covid, we need to be careful when we talk about numbers 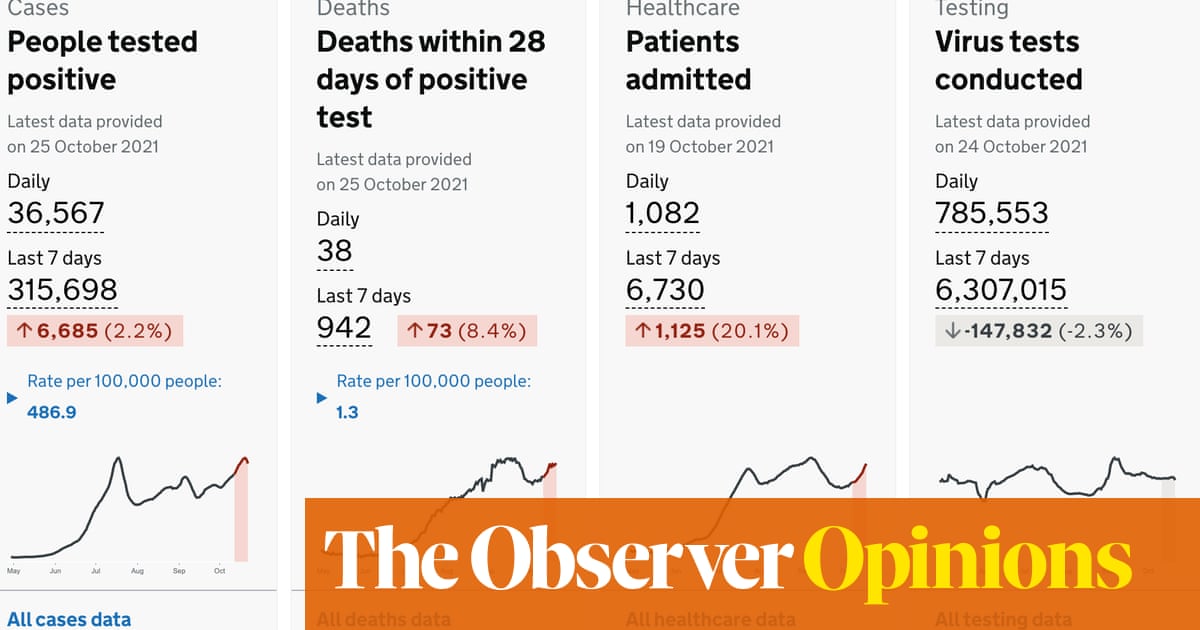 Since we have just had Maths Week in England, it seems appropriate to look at a wave of recent errors when communicating numbers.

First, the statistics may be described wrongly. The chief executive of NHS England recently claimed: “We have had 14 times the number of people in hospital with Covid than we saw this time last year”, a claim repeated on Sky News and ITV. But there were fewer Covid-19 patients in England on 4 November (7,201) than a year earlier (11,037). The intended reference was to last August, when there were about 23,000 admissions within two weeks after a positive test, about 14 times higher than last year.

Second, data can be misinterpreted. The daily number of reported deaths tends to be higher on Tuesday and Wednesday, catching up for reporting delays over the weekend. Like clockwork, the UK Health Security Agency (UKHSA) dashboard updates on Tuesday at 4pm and newspapers duly report that Covid-19 deaths “soar”. The Evening Standard has done this at least three times, most recently with “UK Covid deaths soar to 262” (10 November). A seven-day rolling average smooths this cycle: up to 2 November, there was a daily average of 162 new recorded deaths, while a week later, that figure rose to 166. Hardly soaring.

Incorrect claims can arise from misspeaking. The chief medical adviser of UKHSA said on TheAndrew Marr Show: “We’re still seeing deaths in mainly the unvaccinated population.” That presumably meant a higher fatality rate, since most Covid-19 deaths have been among those vaccinated since last June.

Sometimes, poor presentation can propagate misuse. In weekly reports, the UKHSA counts people using health records in its database, rather than population estimates, which leads to case rates appearing higher in vaccinated than unvaccinated groups. After chains of misrepresentation, finally Brazil’s president, Jair Bolsonaro, used these UK numbers to promote the bizarre theory that Covid-19 vaccines cause Aids.

Speaking about data means more than reiterating numbers. Accuracy in statistical communication is fragile: saying the right number, describing the right measure, over the right time, giving necessary context and conveying limitations and uncertainty. Statistical producers need to guide readers on how their data can and cannot be used.