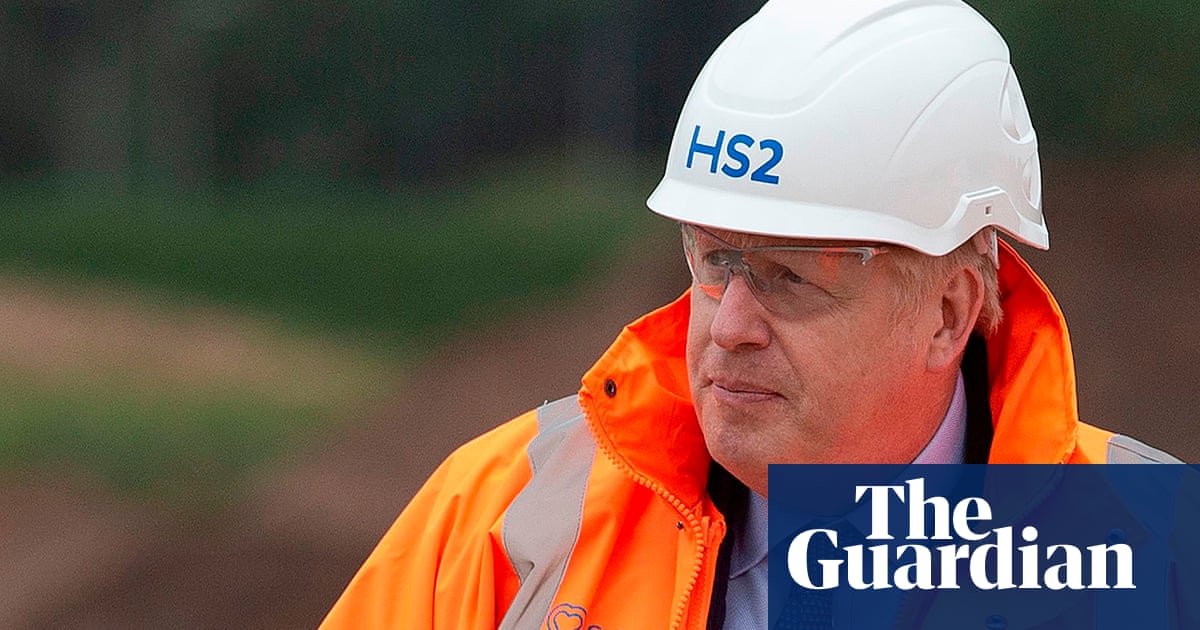 The government has refused to confirm or deny reports that it will finally cancel plans for the HS2 link to Leeds this week, and instead fund a hodgepodge of disparate projects which favour Conservative constituencies and leave mysterious gaps in the rail network.

The transport secretary, Grant Shapps, is expected to announce the outcome of the long-delayed integrated rail plan on Thursday.

The Sunday Times suggested he would commit to building HS2 from Birmingham to Manchester but not Leeds, which has already cleared vast swathes of the city centre to accommodate a new station.

To soften the blow, Shapps is expected to announce two shorter high-speed routes, the paper said. One would run between Leeds and Sheffield and another from Birmingham to East Midlands Parkway, which is in the Conservative constituency of Rushcliffe, 10 miles south of Nottingham. There would apparently be a puzzling non high-speed gap of 50 miles between the two new lines.

According to the Mail on Sunday, Leeds will receive its own tram system “in consolation” for not being connected to HS2.

The director of the Northern Powerhouse Partnership thinktank, Henri Murison, said: “Without the benefits to areas such as Yorkshire and the north-east, HS2’s status as a project to drive the whole of the UK is undermined considerably.

“Will this be a government that levels up, or levels down and walks away from the northern powerhouse they promised with city leaders across the north?”

Behind the scenes in the northern mayoralties, there are also major jitters about Northern Powerhouse Rail (NPR), a new trans-Pennine railway line from Liverpool to Leeds via Bradford.

Details about the line were conspicuously absent in Sunday’s newspaper leaks, though building it was one of Boris Johnson’s first pledges as prime minister. Three days into the job in 2019, he gave a speech at Manchester’s Science and Industry Museum, saying: “I want to be the prime minister who does with Northern Powerhouse Rail what we did for Crossrail in London.”

He committed in February 2020 to bringing HS2 to the north of England, building “a rapid connection from the West Midlands to the northern powerhouse, to Liverpool, Manchester, Leeds”.

Crossrail is an new £18.6bn east-west rail line in London. It is currently three years behind schedule and £3.8bn over budget, but seen as a key driver of economic growth in the capital.

NPR is the brainchild of Transport for the North (TfN) , a statutory body set up to advise ministers on the region’s transport needs. It says NPR would reduce road usage by 58,000 car trips per day, and create 100,000 jobs in the urban north.

TfN has been adamant the line should include a new through-station in Bradford, which was named last week as Britain’s worst-connected major city.

The Mail on Sunday said other announcements expected later this week included the £78m electrification of the line from Wigan to Bolton, which now has two Tory MPs, and a reinstatement of a passenger service from Sheffield to Stocksbridge, which elected its first Tory MP since 1935 in 2019.

Murison said the government’s priority should be to build HS2 south from Leeds “as well as securing a new station in Bradford on the critical new line across the Pennines”.

The Guardian asked TfN what the point of its existence was, if government ignored its key recommendations.

Its chief executive, Martin Tugwell, said it would be premature to comment before Thursday.

“What does remain clear though, is our commitment to securing the best possible rail connectivity for the 15.2 million people of the North, and fundamental to that connectivity is the work we have done to date on Northern Powerhouse Rail as a co-client with government and the way it integrates with the rest of the rail network, including with HS2,” he said.

A Department for Transport spokesperson said: “Work is continuing on the integrated rail plan. We will publish it shortly and do not comment on speculation.”