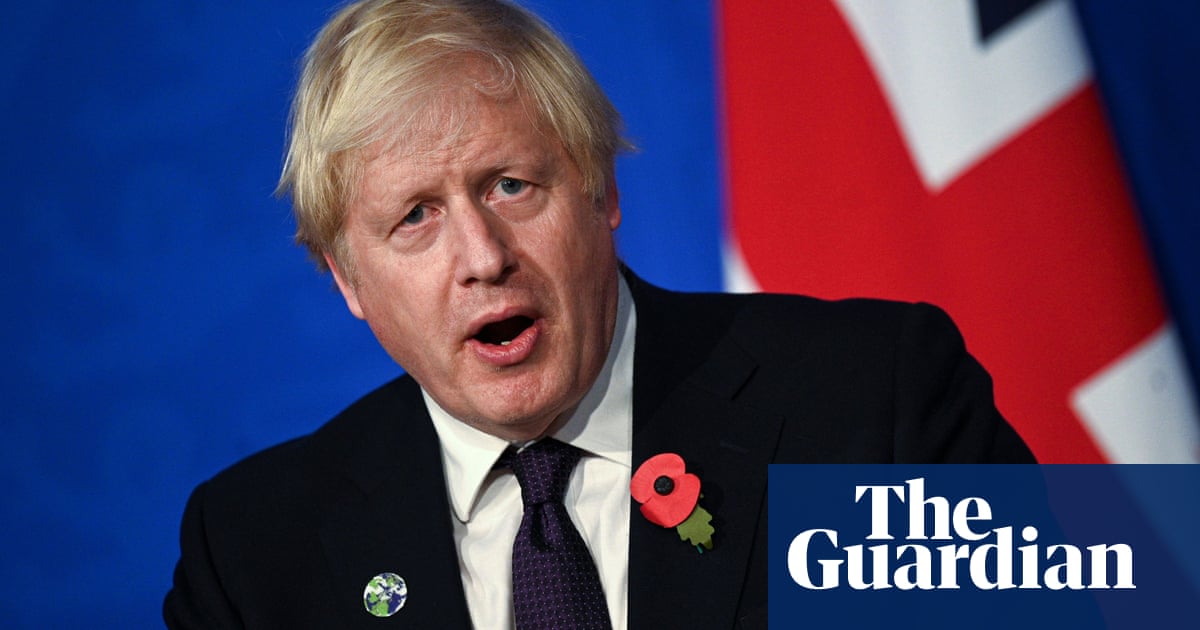 Boris Johnson has admitted it was disappointing that China and India watered down the Cop26 climate agreement, but claimed there was actually little difference between “phasing out” and “phasing down” coal usage.

The prime minister declared the summit in Glasgow a historic success, rating it “more than 6/10”, but acknowledged his “delight at this progress is tinged with disappointment”.

He said some countries were not willing to “go there” to a high level of ambition at the summit, frustrating “those for whom climate change is already a matter of life and death” from vulnerable island nations.

“We can lobby, we can cajole, we can encourage, but we cannot force sovereign nations to do what they do not wish to do,” he said. “It’s ultimately their decision to make and they must stand by it.”

However, he was quickly accused by Labour of “overspinning” the achievements of the summit, as he claimed there was really not much difference between the aim of getting an agreement to “phase out” coal and the actual text of “phasing down” the fossil fuel. “It doesn’t seem to me as a speaker of English to make that much difference,” Johnson said.

The prime minister also praised India for having “come up with some really impressive stuff” on reducing emissions in the power sector by 2030 and said it was not necessary to include climate targets in any bilateral trade deal between the UK and India.

Alok Sharma, the Cop26 president, was left on the verge of tears after the summit ended on Sunday with a watered down version of the coal pledge.

But he joined the prime minister in sounding a more upbeat tone later in the day, saying he had been emotional after little sleep, relieved at reaching a deal and disappointed at the opacity of the process.

Speaking alongside the prime minister at a press conference in Downing Street, Sharma said: “We set out by saying we wanted to keep 1.5C within reach. We did do
that.” He said he had been told he would never get an agreement on any language around coal and regarded it as a success that it was mentioned at all.

“There was one really tense hour where I did feel the weight of the world on my shoulders,” he said. “This deal was in jeopardy.”

Earlier, Sharma said that China and India were “going to have to explain themselves to the most climate vulnerable countries in the world”.

Ed Miliband, the shadow business and climate change secretary, warned that following the summit “keeping 1.5C alive is frankly in intensive care”, with a “chasm” between what was agreed in Glasgow and what still needs to be done to slash emissions.

“This was a classic Boris Johnson performance: overspinning and underdelivering,” he said. “This summit made modest progress but the prime minister over-selling what it achieved serves nobody.”

The final agreement, after two weeks of negotiations, also secured a deal on finalising key parts of the “Paris rulebook” on how to count emissions. A roadmap was also drawn up for future revisions to commitments on cutting emissions.