CKay Hits No. 1 on Emerging Artists Chart Thanks to Breakout Single ‘Love Nwantiti’ 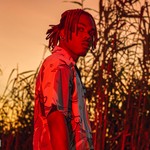 Meanwhile, parent album CKay the First, released in 2019, holds at its No. 3 high on World Albums (7,000 equivalent album units).

Among other moves on Emerging Artists, Canadian metal band Archspire debuts at No. 10, thanks to its new LP Bleed the Future, which starts at No. 25 on Hard Rock Albums (4,000 units).

The Emerging Artists chart ranks the most popular developing artists of the week, using the same formula as the all-encompassing Billboard Artist 100, which measures artist activity across multiple Billboard charts, including the Hot 100, Billboard 200 and the Social 50. (The Artist 100 lists the most popular acts, overall, each week.) However, the Emerging Artists chart excludes acts that have notched a top 25 entry on either the Hot 100 or Billboard 200, as well as artists that have achieved two or more top 10s on Billboard’s “Hot” song genre charts and/or consumption-based “Top” album genre rankings.