Another Lil Wayne Mixtape Is Coming to Streaming Platforms in January 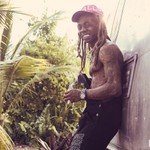 “Shout-out to the fans. If we could, we’d put all of [the tapes] up in one month,” he adds. “It’s a tedious process. It’s not like a one-day thing. But we’re going to hopefully get all those mixtapes [up].”

The first Wayne mixtape to make it onto streaming was No Ceilings in August 2020, released by Cash Money Records and Young Money Entertainment, both distributed by Republic Records. The project, which originally dropped as a downloadable zip folder on sites like DatPiff in October 2009, was almost entirely made up of other artists’ instrumentals, and as a result, was not re-released in its entirety due to sample-clearance issues. Of the 21 tracks, including three skits, only 11 made it onto streaming platforms. All of the skits, and tracks that sampled music from Jay-Z, Kid Cudi, Dorrough and 3 Deep, among others, were not included.

Despite being an abridged version, the 2020 No Ceilings release debuted at No. 18 with 23,000 album equivalents sold in its first week, more than 10 years after its initial release. Wayne still has a number of EPs and mixtape series still unavailable on streaming, including The Sqad 1-7, Da Drought tapes, The Dedication 1-6 and Sorry 4 the Wait.

Some of the most beloved Wayne mixtapes, like the Dedication series, have been confirmed to be in the process of coming to streaming. Until they make it into our favorite Spotify playlists, fans will have to continue relying on YouTube and mixtape sites to get their underground Weezy fix.