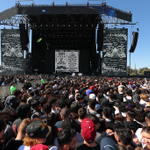 One particularly tragic lawsuit, announced Tuesday morning, was filed by the family of a 9-year-old boy who is now in a medically induced coma after he was “trampled nearly to death” at the festival.

Scott (born Jacques B. Webster) has not returned requests for comment on the mounting lawsuits. In a statement, Live Nation said it would “continue to support and assist local authorities in their ongoing investigation so that both the fans who attended and their families can get the answers they want and deserve, and we will address all legal matters at the appropriate time.”

Friday’s deadly crush occurred during the first night of a two-day festival attended by more than 50,000 people at Houston’s NRG Park stadium complex. Witnesses report thousands of fans pressing toward the stage, causing a panicked stampede and making it difficult for some to breathe.

A criminal investigation into the circumstances that led to the event is underway. The FBI has said it could join the investigation, but spokesman for the Houston Police Department declined late Tuesday to offer any update on the status of the probe.

The civil litigation, which could take years to reach a resolution, is in its earliest stages. On Monday, a Harris County District issued an order allowing attorneys representing victims to access the festival grounds and document the site. The order also required defendants to preserve any possible evidence.

The cases accuse the Astroworld organizers of legal negligence, meaning they knew or should have known about the serious risk for harm to concertgoers and didn’t do enough to protect them. The lawsuit over the young boy claims that the organizers “egregiously failed in their duty to protect the health, safety, and lives of those in attendance at the concert.”