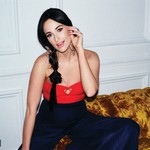 Released Sept. 10, Star-Crossed — which debuted at No. 1 on Billboard‘s Top Country Albums chart — came out too late for this year’s Nov. 10 CMA Awards but will be eligible in 2022.

The criteria also gives further guidelines for consideration by voters but says nothing about specific sound, unlike the guidelines for the country Grammy categories, which declare that the Grammys’ country field “recognizes excellence in country music recordings that utilize a stylistic intention, song structure, lyrical content and/or musical presentation to create a sensibility that reflects the broad spectrum of country music style and culture. The intent is to recognize country music that remains reminiscent of its culture’s legacy while also engaging contemporary forms that ‘push the boundaries’ but still are relevant in the collective country music culture. The Field includes recordings and songs that are country in content as opposed to those that may have a ‘country flavor,’ but are aimed at the contemporary or pop audience.”

The CMA criteria states only: “The Award is for a Country album as a whole unit as defined by the Billboard Album charts. The album should be judged on all aspects including, but not limited to, artist’s performance, musical background, engineering, packaging, design, art, layout and liner notes. At least 75% of the recordings on the album must have achieved peak national prominence during the eligibility period. Greatest hits albums or compilation albums consisting of previously released recordings are not eligible for this award.”

For the ACM Awards, the criteria also focuses more on time of release and chart position rather than content: “An album is defined as a unified, released body of work with a minimum of either seven (7) full-length musical works and/or thirty (30) minutes in length. The nominees shall be determined by a nomination ballot(s) and are subject to the approval of the Board. The winner shall be determined by a vote of the ACM professional membership.

“An album is considered released on the first available date that the material can be possessed by a consumer via a purchase in its entirety and/or streamed legally in its entirety by a royalty-generating service,” the rules continue. “If the album was released during the two (2) prior eligibility periods but achieved its highest charting position on the Billboard Top Country Albums Chart during the eligibility period, it is eligible unless it has appeared on a final ACM ballot in this category. To be eligible, a minimum of 51% of the standard edition of the album must contain recordings that have not been previously released by the artist prior to thirty (30) days from the album’s release date.”

The loophole for both organizations is that the board of directors may intervene, but there are no known cases where an album has been removed because of musical or lyrical content.

This year, in an extremely rare move, the ACM board of directors declared that Morgan Wallen was ineligible for April’s 56th ACM Awards cycle following the release of a February video that showed the country singer using a racial slur. The CMA Awards took a less drastic step and allowed Wallen’s work with his collaborators to be eligible, but that he was not allowed for any solo awards. Dangerous: The Double Album is up for album of the year at November’s awards.