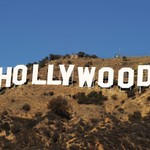 Thomas partnered with composer James Newton Howard on films including The Last Airbender (2010), The Bourne Legacy (2012) and installments of the Hunger Games, Fantastic Beasts and Maleficent franchises.

He also wrote arrangements for the Oscar ceremony for several years.

Born on March 28, 1961, in Plymouth, Devon, England, Thomas as a youngster was a chorister at Exeter Cathedral, then studied at Trinity College and at Goldsmiths College at the University of London.

He served as an orchestrator on The Muppet Christmas Carol (1992) and Thomas and the Magic Railroad (2000) before working with Powell for the first time on Rat Race (2001).

He and composer Ludwig Göransson collaborated on Tropic Thunder (2008), then reunited for Black Panther (2018) and Trolls World Tour (2020).

In 2004, Thomas was awarded an honorary associateship from the Royal Academy of Music, where he had taught jazz aural and transcription before leaving to pursue opportunities in Hollywood.

“As a wonderful human being and mentor to aspiring young artists, John possessed the rarest kind of passion, generosity and skill from which all of us can only feel supremely lucky to have benefitted,” the school’s head of jazz, Nick Smart, said in a statement.

This article originally appeared in THR.com.