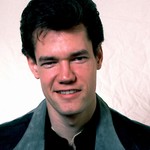 The packages — marking the 35th, 25th and 15th anniversaries, respectively, of the original releases — have value for ardent fans, including Turner, who counts Travis’ Storms of Life as the first album he ever owned.

“That was on a cassette,” recalls Turner. “Now, of course, I own it on vinyl, I own it on CD, and now that it’s rereleased, I’ve already ordered my two copies of the deluxe edition. I’m not the only one out there that does that kind of thing.”

But the reissues also provide an educational option for younger fans and/or newcomers to the genre, whose current interest in Luke Combs, Carly Pearce or Scotty McCreery may create some curiosity about the roots of their sound.

“Reissues and new collections are critical,” says Warner Music Nashville executive vp/GM Ben Kline. “It awakens people and gives them a reason to go down the rabbit hole of those artists.”

The reissue of Travis’ Storms has created a bump in consumption of the Country Music Hall of Fame member’s music overall, says Kline, noting that the connective tissue between current music and previous releases is vital to enhancing consumers’ bond with the genre.

“Catalog is always near and dear to me ’cause, you know, The Rolling Stones made me want to know who Chuck Berry is,” observes Kline. “It’s through today’s music, or whatever that time is, that we tend to go back historically and look.”

Some albums that are worthy of reissue get recycled often. Carter’s Shave was released on vinyl for the first time in conjunction with its 20th anniversary, and she was already thinking at that point about how to take advantage of the 25th. She approached Universal Music Group Nashville with a proposal to rerecord the entire project with guest artists on every track, though when they crunched the numbers, the total budget — somewhere around $275,000 — was cost-prohibitive.

Still, enlisting a few key guests and enlarging the bundle signals that the original deserves new consideration. Carter was surprised at how well the music holds up after 25 years.

“It was timeless to me,” she says. “I don’t know what it is. I wasn’t following a trend or anything. We were just letting the songs speak for themselves, and the message is universal and honest, and they just ring true today like they did then, to me.”

The album benefits, too, from how music was marketed in the ’90s. It launched five singles onto radio playlists over a two-year period, including three No. 1s and an additional top five. Physical singles were rare, so fans were conditioned to purchase the entire album, a stark contrast from the 2021 landscape.

“The way we do music now, it’s just so different,” says Carter. “I feel like it’s the era that warrants these collections.”

But the music from those eras also gets a boost from today’s conditions. The presence of current artists on Carter’s reissue easily serves as an endorsement for the project. Travis, whom younger performers widely cite as an influence, has been welcomed publicly at numerous concerts in recent years, including a July 26 Ryman Auditorium show that featured over 20 acts singing “Forever and Ever, Amen.” And Turner’s “Your Man” marked the first time Chris Stapleton enjoyed a hit as a songwriter; it subsequently became a key piece of material in McCreery’s introduction on American Idol.

“All that kind of gave that song, that album, you know, a rebirth and introduced it to a whole new set of fans,” says Turner. “This record has experienced a renaissance more than once.”

A renaissance is usually accompanied by at least a tinge of nostalgia, and that’s appropriate for all three of these reissues. Turner and his wife, Jennifer, re-created parts of the “Your Man” video in Nashville’s Hermitage Hotel, folding their married-with-children status against that original time period. Carter’s “Strawberry Wine” and Travis’ “1982” — the first hits from Shave and Storms — both revolve around memories of early romantic experiences.

But while reissues invite nostalgia from older generations of music fans, they also bring a fresh understanding to younger fans who may be hearing them for the first time. And these albums are much more likely to get an audition from a teen or 20-something in 2021 than a Hank Williams or Ernest Tubb reissue might have received from that same age group in an earlier era. The streaming model simply makes it easier for the modern consumer to explore the past.

“There’s no barrier,” says Kline, comparing the digital era to the age of the physical album. “Not only did you have to save enough, you had to hope your record store had it in stock or you had to special order all that. You see something now — whether it’s an article, a post, whatever it is — you can be in that song, in that moment, in 10 seconds. So it’s taking advantage of the barriers being broken down.”

This article first appeared in the Billboard Country Update newsletter, which features the latest airplay, sales and streaming charts along with compelling analysis of market trends and conditions. All for free. Click here to subscribe.