Pink Is Most-Played Female Artist In U.K. This Century 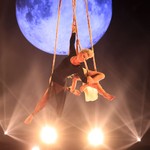 PPL’s most-played list is based on exclusive music usage and airplay data from U.K. radio stations and television channels. The association’s library contains data for over 15 million recordings, and it receives usage data from licensees describing the music used across billions of seconds of airplay.

Pink was already a star in the U.K. before she broke through in the mainstream of her homeland.

Her studio albums have accumulated 13 platinum awards in the territory and, at the 2019 BRIT Awards, she was awarded the Outstanding Contribution to Music.

Check out the PPL’s 10 most-played female artists of the 21st Century in the U.K.