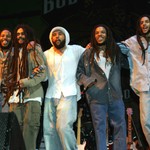 Goldenvoice is returning to Long Beach, Calif., with a brand new festival. California Vibes, or Cali Vibes, will hit Southern California from Feb. 4-6 with performances from Slightly Stoopid, Dirty Heads, Rebelution, Sublime with Rome and more.

The three-day event will also feature a special Bob Marley birthday performance from the Marley Brothers including Ziggy, Stephen, Damian, Ky-Mani and Julian Marley. The celebration will mark what would have been their father’s 77th birthday with a catalog of Bob Marley songs.