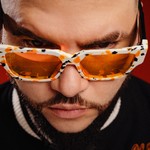 La 167 is a nod to a highway that passes through his homeland in Bayamón, Puerto Rico, and a gas station once owned by his late grandfather. The 100-minute set is stacked with Latin artists, including Myke Towers, Ñengo Flow, O’Neill, Pedro Capó, Jay Wheeler and more, and each has rendered a variety of Latin styles ranging from perreo and reggae, to pop, hip-hop and reggaetón.

“The most challenging aspect of the production was structuring an album that didn’t bore,” Faruko adds. “Where the production, lyrics and everything were different, varied; where I allowed myself to explore other genres which were not necessarily mine.”

As La 167 arrives at the summit, Farruko now has a total of six top 10s on Top Latin Albums, three of which, as previously mentioned, hit No. 1 for at least one week. Here’s a recap:

La 167 concurrently debuts at No. 1 on Latin Rhythm Albums, also his third No. 1 there. Farruko also captures his highest album yet on the overall Billboard 200, clocking in at No. 26 (Gangalee’s No. 80 start in 2019 earned him his highest debut, and peak, until now).

La 167 was preceded by only two tracks on the all-metric Hot Latin Songs chart: the No. 4-peaking “La Tóxica” (Nov. 2020) and the now eight-week champ (and counting) “Pepas,” which takes the Greatest Gainer/ Digital honors of the week despite a 6% dip in sales (3,000 downloads sold for the tracking week ending in Oct. 7).

“I connect with many of the tracks on the album, for instance the opening track ‘Ki,’ ‘$,’ and ‘Helicóptero’,” Farruko continues, “all based on personal experiences from a particular chapter in my life.”

In addition to “Pepas” holding strong at the penthouse, “El Incomprendido,” with Víctor Cárdenas and DJ Adoni, another rhythmic/EDM club banger, bows at No. 14. The latter interpolates Alice Deejay’s “Beter Off Alone,” the ’90s Eurodance hit that reached the top 30 on the Billboard Hot 100 in June 2000.