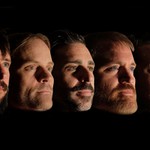 Bridwell dug deeper into production on the upcoming to 2016’s Why Are You OK, producing or-co-producing all the songs on the album along with collaborators including Grandaddy’s Jason Lytle, frequent Flaming Lips producer Dave Fridmann and Dave Sardy (Oasis). “Emotionally intense, both on a personal and elemental level, the songs for the most part were written before the world shut down, when all of us were faced with our own mortality and began to take stock of our lives,” reads the release.

“Here we find Bridwell more autobiographical than he’s ever been on record detailing the nebulous frustrations and quiet indignities of relationship changes and what a person will do to make things right. And what you do when you can’t.”

Album opener, “Warning Signs,” was inspired by a 2016 incident in which Bridwell broke down in tears after losing his voice onstage at the Sydney Opera House, while the final track on the 10-song collection, “Coalinga,” chronicles a road trip the band took with a writer and photographer through Central California for a 2007 Filter magazine profile.

The story of their “colorful mishaps” in a town whose claim to fame is “smelling like cow excrement,” comes full circle with wrier Pat McGuire and photographer Brantley Gutierrez contributing music and playing guitar on the song, with a line from that story inspiring the album’s title.

Check out the band’s upcoming tour dates and the album track list below and watch the lyric video for “Crutch.”

“Tragedy of the Commons”

“In the Hard Times”

“In Need of Repair”

“You Are Nice to Me”