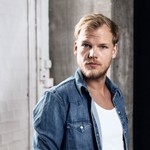 Five months after Stockholm’s Ericsson Globe was officially renamed the Avicii Arena, the venue has announced its first Avicii-related programming.

On Dec. 1, the 15,000-person space will host the debut For A Better Day concert, featuring performances from largely Swedish acts including dance duo Galantis, pop artist Håkan Hellström, singer/songwriter Miriam Bryant and the Royal Philharmonic Orchestra, along with, organizers says, “tributes to Avicii’s musical heritage as well as collaborations and surprise guests.” The performance will be conducted by Stefan Olsson, who did the concert arrangements for the 2019 Avicii tribute concert in Stockholm.