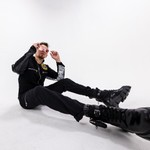 Steve Gordon, UTA co-head of electronic music, first heard the song while himself on the dance floor, when his fellow client Dombresky played it during a set at Orlando’s Celine Nightclub. Gordon inquired about the song, and as luck would have it, ACRAZE and his manager Alex Akleh happened to be at the club that night.

“A new vibe is coming out of house music and ACRAZE is on the frontlines,” Gordon tells Billboard. “We are excited to partner with ACRAZE and bring him into the UTA fold to amplify this. Stay tuned because we are expecting big things from him as he continues to take over the house music scene.”

ACRAZE, born Charlie Duncker, will continue to be managed by Akleh at Orlando’s Syndicate Management and is also signed to A&R with Carlos Alcala, head of A&R at Los Angeles’ Thrive Music.

Since pivoting to house music from bass — a genre where he clocked the 2019 hit “Bang Bang” with 4B, released via Ultra Music — ACRAZE has also done a fresh, bouncy edit of 1979 disco classic “Funky Town” and delivered an official edit of DJ Snake’s “Frequency 75.” He also released the tech house heater “Marco Polo” via Malaa’s Illegal Mixtape Vol. 3 compilation. On Saturday, he played a headlining show at Los Angeles’ Exchange nightclub and will perform at EDC Orlando in November.