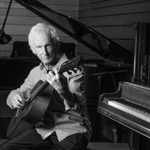 Krieger acknowledges that myth-busting was part of his mission in writing Set the Night on Fire — which takes its title from the Doors’ first hit, 1967’s “Light My Fire,” a chart-topper on the Billboard Hot 100. Throughout 400-plus pages, the guitarist takes apart legends that have grown around, and about, the band. Krieger shoots down some of the most famous Doors stories, including the idea that the group took peyote together in the desert, as portrayed in The Doors, or that it was castigated by producers of The Ed Sullivan Show for keeping the word “higher” in its performance of “Light My Fire” against their instructions. He also maintains that the group was never fired or banned from the Whisky A Go Go after its famed first performance of “The End.”

Besides The Doors, Krieger is also anxious to try to replace the 1980 best-seller No One Here Gets Out Alive, by Jerry Hopkins and Danny Sugerman, as the definitive tome about the band. Though he readily acknowledges the role that book had in reviving the Doors’ popularity, Krieger laments that it created an image for the band, and particularly its late frontman Jim Morrison, that was only partly true.

“Y’know, Danny was a kid that hung around in our office back in the day,” Krieger says. “He was a total Doors freak, and I think he had his own ideas about what happened and various situations. He kind of put his own words into it, and what really annoyed me was that he tried to make Jim sound like was talking through Danny, and it wasn’t the way Jim really was.” Set the Night on Fire, Krieger hopes, will create a more balanced image of Morrison, whom he considered a “big brother” during the Doors’ early days.

“Jim wasn’t this crazy a–hole all the time, y’know?” says Krieger, who also writes about his personal life, including a fling with Errol Flynn’s daughter Rory and multiple cancer battles, in the book. “That’s how people think of him. But somebody who can write words like he did is not an a–hole — not all the time, anyway. So I wanted to correct a few of the things that were in the movie and in the other books — a lot of things that never happened.” Krieger says he did show Densmore the Set the Night on Fire manuscript and allowed the drummer to make some corrections. “He seemed to like it,” Krieger says.

He’s confident, at least, that his book does a better job of conveying that they actually had a good time being The Doors more so than his bandmate’s. “John’s especially was, God, I didn’t know he was having that bad of a time,” says Krieger. Manzarek and Krieger were sued by Densmore over their attempts to tour under variations of the band name during the early 2000s. “I mean, yeah, there were some problems, but I just consider myself so lucky to be part of the whole thing, and I hope that comes through in the book.”

Krieger begins promoting Set the Night on Fire on Oct. 12 with a series of virtual events, while his Robby Krieger Band returns to the road Oct. 29 at the Suffolk Theater in Riverhead, N.Y. and will be at the Whisky on Dec. 8. He also has two new albums ready to come out, one called Rock vs. Dub, featuring instrumental reggae versions of classic rock favorites, and a jazz set with his other band, the New Experience.

Set the Night on Fire, meanwhile, precedes some other major Doors archival projects this fall. The Doors: Live at the Bowl ’68 Special Edition concert film screens at movie theaters on Nov. 4, featuring unseen footage as well as new performances of “L.A. Woman” and “Riders on the Storm” that Krieger and Densmore filmed with former Chicago bassist Jason Scheff, whose father, Jerry Scheff, played bass on the L.A. Woman album. A 50th anniversary deluxe edition of L.A. Woman, meanwhile, follows on Dec. 3 with demos, alternative performances and studio chatter as the group hammers the songs into shape with producer Bruce Botnick in place of regular Doors collaborator Paul Rothchild, who famously derided the original “Riders on the Storm” demo as “cocktail music.”

“I hate to say it,” Krieger notes, “but the fact that Paul wasn’t there, I think, made it a lot more fun. It was like having the teacher gone, and the kids will play and we really had a lot of fun doing it that way. I think Paul made up his mind he didn’t want to produce that record ’cause he’d just done Janis (Joplin’s Pearl) and she OD’d right after, and he could feel Jim wasn’t in such a great place and I think he didn’t want to be the producer of two albums where people died right after.” Morrison, of course, died less than three months later in Paris, at the age of 27.

“When you get right down to it, it’s the songs,” Krieger says of the Doors’ continuing allure. “A lot of kids come up to me, like 10-year-old kids, and say, ‘Yeah, I love the Doors. You guys are amazing.’ I don’t think they know about Jim Morrison myths and all that as much as they love the music. I think that’s what is gonna carry it for the next 50 years.”