Dwayne Fields, the first black Briton to reach the north pole: ‘I spotted this polar bear stalking us’ 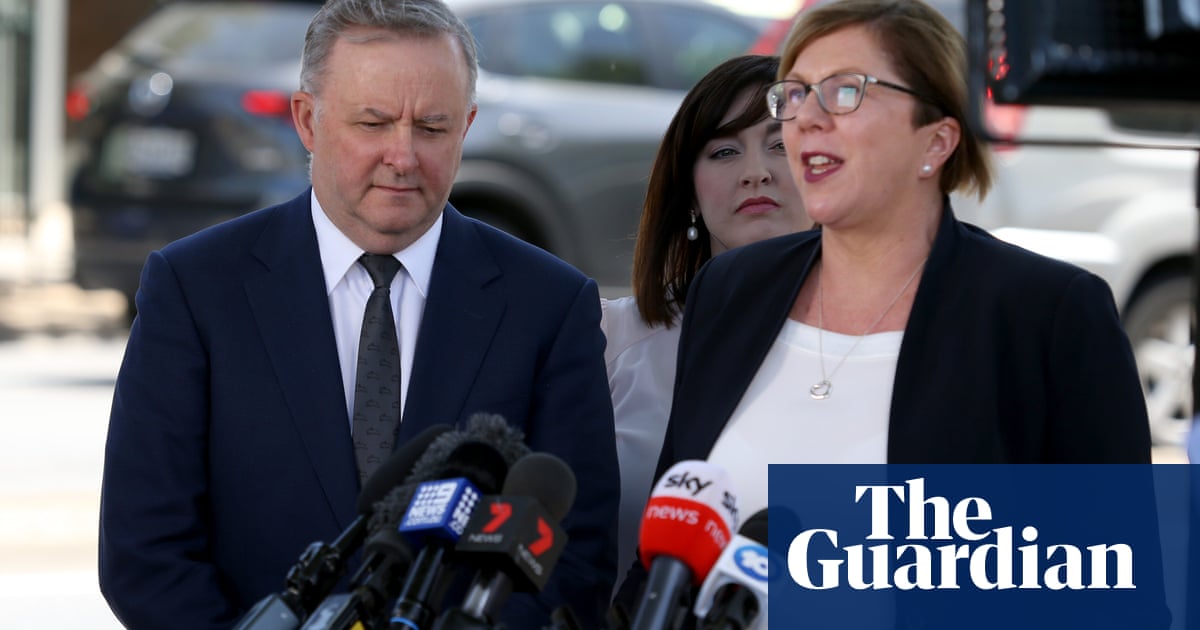 Coalition-held and marginal seats received almost 90% of the latest round of $300m regional grants, according to a seat-by-seat analysis, sparking accusations the program is being used to “rort” public funds.

The fifth round of building better regions fund (BBRF) grants, announced on Friday, awarded Coalition seats $218m, or 72.7% of the total funding.

Despite the Coalition holding more regional seats, Labor argues the value of grants exceeded the proportion of seats held by the government which were eligible for grants, which was 60%.

According to this analysis, conducted by Labor, while Coalition seats received $218m, Labor seats got just $48m. Those held by independents won $33m.

Despite holding 34% of eligible seats, Labor’s allocation amounted to just 16% of the total value of grants.

The safe Coalition seat of Durack received $18m, while the Nationals-held seats of Cowper and Parkes both received $14m. Safe Labor seats Bendigo and Corio, in regional Victoria, received just $40,000 and $70,000.

The biggest grants were $10m for a sports centre expansion by Lake Macquarie city council in Labor’s seat of Hunter, $9.9m to construct a walking trail along the disused rail line between Bentley and the Lismore railway station in the LNP seat of Page, and $9.7m for the Royal Flying Doctor Service’s Mt Isa redevelopment in independent-held Kennedy.

According to grant guidelines, projects were scored according to their economic and social benefits to a region, the applicants’ capability of delivering the project, and the impact of government funding.

Projects needed to score 60% in each of these criteria to be considered, with the grants then decided by a ministerial panel chaired by the infrastructure minister, Barnaby Joyce.

The BBRF is one of a number of discretionary programs that Labor has complained are effectively used as “slush funds” to be spent in marginal and target seats. This follows similar controversies over community sports grants and commuter car parks.

The Australian National Audit Office, which uncovered the partisan allocation in the latter two programs, is currently conducting an audit of the BBRF, to report in May 2022.

The shadow infrastructure minister, Catherine King, said “The numbers don’t lie, Barnaby Joyce and his ministerial panel clearly prioritised their own seats over worthy projects in other parts of the country.”

“This is just the latest in a long line of rorts from the Morrison-Joyce government,” King said in a statement.

“The only thing this government cares about is diverting funds for their own electoral purposes, they couldn’t care less about building a better Australia or developing all regions.”

In January, Joyce told Guardian Australia that the then deputy prime minister, Michael McCormack, had failed to ensure program guidelines ruled out any spending in cities, warning against a repeat of $10m spent on the North Sydney Olympic pool under a separate program targeting the regions.

On Friday, Joyce revealed the government’s investment in the fifth round of BBRF grants had been boosted by $100m to $300m, to fund a total of 298 projects.

The fifth round of the BBRF was focused on supporting regional tourism, with $125m committed to 81 tourism-specific infrastructure upgrades.

Joyce said the Liberal and National government “is continuing to work hard on behalf of Australians who call our regions home”.

“Funding the infrastructure and services that regional and remote communities need for the future will help them rebound strongly from the Covid-19 pandemic,” he said in a statement.

Labor has warned the Morrison government created 22 new discretionary funds in the November budget, which it believes sets the stage for the election to be dominated by big spending decisions that repeat the partisan slant of past programs.

However, the Labor leader, Anthony Albanese, has defended the right of the government and ministers to make grants – effectively ruling out abolishing such programs if elected.

Labor has said it will aim to deter the rorting of grants funds by introducing a bill requiring ministers to explain, in real time, when they reject recommendations from their department.