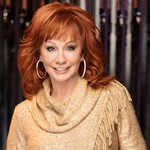 McEntire previously told Billboard that having so much time off the road since the beginning of the COVID-19 pandemic has also helped her reconsider her touring strategy.

“We’re more selective of the things we do,” McEntire told Billboard. “On this tour, we’re going back out in January. We’ll do three shows a weekend, where I used to do four.”

Tickets for the Live Nation-promoted Reba: Live in Concert Tour will go on sale Oct. 15 at 10 a.m. local time at reba.com and livenation.com.

The news follows McEntire’s just-released three-part box set Revived, Remixed, Revisited, which takes 30 of her biggest hits and reimagines them in various ways. McEntire just released the official music video for one of the album’s tracks, a new rendition of McEntire’s signature ballad “Does He Love You,” this time featuring Dolly Parton.

On Oct. 12, fans will get a deeper look into the new project, when McEntire takes part in an Amazon Music livestream event, performing songs with her Revisited producer Dave Cobb. The event will begin at 5 p.m. CT on Amazon Live and via the Amazon Shopping App on Fire TV.