The 50 Best Song Interpolations of the 21st Century: Staff Picks

‘RHOBH’s Dorit Kemsley Held At Gunpoint As 3 Men Invade Her Home With Her 2 Children Inside: Report 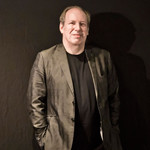 The debut easily beats the No. 14 best of 1964’s Goldfinger, and it marks Zimmer’s highest-charting album to date in the U.K.

“It’s incredible to think that we effectively launched this album at the Brits in 2019,” comments Zimmer.  “It feels fantastic that the movie and its music are finally receiving such a rapturous and record-breaking reception. If you’re going to make chart history, you might as well do it with James Bond! I’m delighted.”

No Time To Die also leads this week’s Official Classical Artists Album Chart, while the title track, performed by Billie Eilish, returns to the Official U.K. Singles Chart at No. 32.

Following its release in February 2020, “No Time To Die” gave Eilish her first U.K. No. 1 single, as it registered the biggest-ever opening week for a James Bond movie theme.

The 25th James Bond feature film has tallied over $313 million at the global box office, including a $56 million opening in North America, good enough for No. 1, according to data published by The Hollywood Reporter.