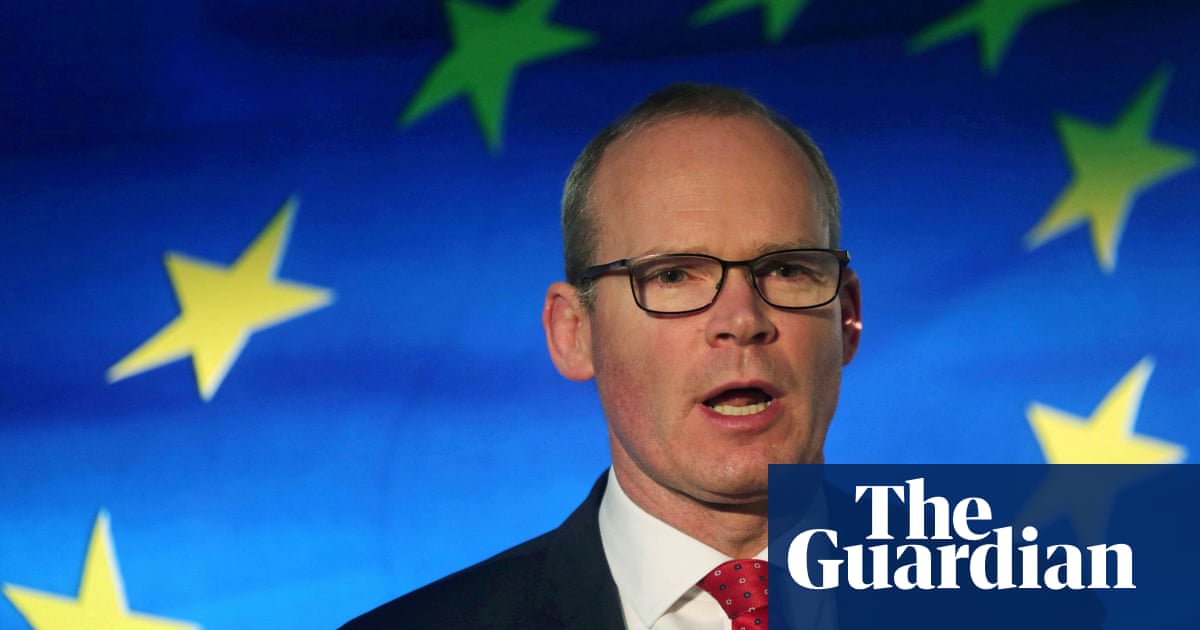 The EU is close to the end of the road with the UK over the Northern Ireland protocol, accusing David Frost, the Brexit minister, of trying to undermine serious attempts to solve the problem, the Irish foreign minister has said.

Simon Coveney said he had spoken to Lord Frost’s counterpart, the European Commission vice-president, Maroš Šefčovič, on Sunday. He said they agreed there would come a point when “the EU will say: enough, we cannot compromise any more”.

Coveney tweeted on Saturday night questioning whether the UK “actually want an agreed way forward or a further breakdown in relations”.

Speaking to RTÉ’s Morning Ireland, he admitted it was undiplomatic to question the UK’s motivation in a Twitter spat but said it was a “bit rich” of Frost to be just as accusatory given he had briefed the media that EU proposals to be unveiled on Wednesday would not meet the UK’s demands.

The heightened tensions before negotiations over the protocol have even begun have raised fears that talks are doomed, with the potential for a trade war next year.

“The problem with that is that it may work in the short term, in terms of getting compromises from the EU – but at some point in time the EU will say enough, we cannot compromise any more without fundamentally undermining the functioning of the protocol in the context of the integrity of the EU single market. And I think we’re very close to that point.”

He said the UK’s dismissals were “even more serious” this week, given the “generous response” and comprehensive “practical” proposals the EU was bringing forward.

He said Šefčovič had worked “really hard to try to get acceptance for these compromise proposals” agreed by the EU after listening to business leaders and politicians in Northern Ireland.

“The EU tries to solve these problems and the UK dismisses the solutions before they’re published,” he said.

He conceded that the UK has previously demanded the role of the European court of justice be changed but, accusing Frost of “shifting the goalposts”, said it was not the red line issue Frost was now claiming it to be.

To do so now was to “distract from the positivity that could have been created this week” and instead of “building some positive momentum and partnership, the British government is deciding to do the opposite, undermine that package before it’s even published”.

On Saturday, Frost claimed the EU had failed to recognise the seriousness of its attempts to solve the issues in Northern Ireland.

“We set out our concerns three months ago in our 21 July command paper. The problem is that too few people seem to have listened.”

Coveney’s remarks came as the UK government was spared the optics of defending the protocol in Northern Ireland’s court of appeal on Tuesday. An appeal by unionists of a high court decision ruling the protocol was legal was adjourned until after 31 October on Monday.