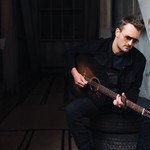 Church is a co-writer on Wallen’s Dangerous: The Double Album, contributing to the track “Quittin’ Time” alongside Luke Laird and Josh Thompson. Over the past several months, Wallen has posted images from his offstage moments hanging out with Church, including golfing trips and jam sessions.

Despite the apparent close friendship between Church and Wallen, Church also denounced Wallen’s use of a racial slur earlier this year, telling Billboard during an interview in April, “That was indefensible. I was heartbroken when it happened. I think Morgan’s trying to work on that and on himself. And I hope he does.” Following the incident, Church also sent Wallen a note telling him to “hang in there.”

After TMZ released video of a drunken Wallen uttering a racial slur outside of his Nashville home in February, Wallen’s music was temporarily pulled from country radio and from several top streaming playlists, he was suspended from his record label Big Loud/Republic, and disqualified from several awards shows. However, Wallen’s “Sand in My Boots” currently resides just outside the top 20 on Billboard‘s Country Airplay chart. Since its January release, Dangerous: The Double Album spent 10 weeks atop the all-genre Billboard 200 chart and still lives in the top 10.

At the Nov. 10 Country Music Association Awards, Wallen’s lone nomination is in the album of the year category, for Dangerous: The Double Album (he was disqualified from being nominated in any individual artist categories, such as male vocalist of the year, and has been banned from attending the ceremony.

Church, meanwhile is nominated for five trophies heading into November’s ceremony, including a nod for entertainer of the year.

This isn’t the first major headlining show Wallen has guested at so far this year: In July, Wallen joined Luke Bryan onstage at Bryan’s headlining show at Nashville’s Bridgestone Arena (along with Jason Aldean and Florida Georgia Line’s Tyler Hubbard). In September, Church also welcomed Wallen as a guest performer during a private event to celebrate the opening of the Nashville-based The Twelve Thirty Club, which was launched by Justin Timberlake and restaurateur Sam Fox.

Wallen is also gearing up for four of his own headlining shows later this year, including two stops in Alabama, one in Tennessee and one in Georgia.

Wallen recently shared the powerful new song “Don’t Think Jesus” that he says was penned by songwriters Jessi Alexander, Chase McGill and Mark Holman and inspired by his own story.