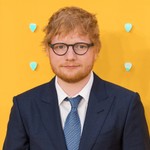 The actual events of the proposal proved to be stressful for the singer — Sheeran also admitted that the perfect evening he had planned was ruined by rain.

The couple married in January 2019 after four years of dating — Sheeran wrote his 2017 Billboard Hot 100 No. 1 hit, “Perfect,” about Seaborn — and welcomed their daughter, Lyra Antarctica Seaborn Sheeran, in August 2020. The Grammy award-winner opened up about the possibility of having more children on the Open House Party podcast, saying, “I feel like we were so lucky to be able to have one that I think I would obviously love more. But I think we’re so lucky to just have one. So if nothing else happens, I’m so happy, basically.”

Sheeran’s fourth solo studio album, =, comes out Oct. 29. It was preceded by “Bad Habits” and “Shivers,” which have thus far peaked at No. 2 and No. 14 on the Billboard Hot 100, respectively, with “Bad Habits” having remained in the top 10 since its release.