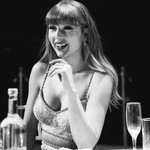 Taylor Swift is hailing the “queens of my heart” Shania Twain and Dolly Parton after Twain passed the torch of Swift’s TikTok challenge honoring the country-pop singers.

Swift hopped on the “Mama Said” TikTok challenge — which features users trying something new because “Mama said it was OK” as heard in Lukas Graham’s 2014 hit “Mama Said” — and started her own trend of shrugging off the misconception that “Country Girls Can’t Go Pop.” The country-pop crossover sensation honored her predecessor Twain, who thanked her and wrote, “I appreciate you!” before paying the honor forward to Parton with another video montage tribute.

Swift took to TikTok and posted a duet video to go alongside Twain’s, where she shook off her speechlessness by writing, “A QUEEN” when Twain first appeared on the screen and describing Parton as “A QUEEEEN!!!!” at the start of the tribute to the “Jolene” singer. The Folklore artist eventually hailed “THE QUEENS OF MY HEART” underneath the video of Twain and Parton performing the latter’s 1971 album title track “Coat of Many Colors” together on The Oprah Winfrey Show in 2003.