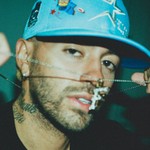 In June, Karol G announced her first-ever U.S. headlining tour dubbed Bichota Tour, after her unapologetic and empowering single. Now, Billboard can exclusively unveil that Colombian singer-songwriter Feid will be the opening act for the entire tour.

“I was looking for an artist that I listen to a lot and that the exposure of my tour can also be a plus in their career,” Karol, who’s making the rounds with her single “Sejodioto,” tells Billboard in a statement. “Besides, I love the fact that he’s from my country and my city, Medellin! I want to show the world where we come from. I’m very grateful for Feid and his team for joining this wonderful experience that will start soon.”

Feid, a Latin Grammy-nominated artist, is currently making the rounds with his fourth studio album Inter Shibuya – La Mafia. He’s known for penning hits for J Balvin and collaborating with countless artists, including Maluma and Sech. “For a lot of people, I’m still a new artist and I want to find my space in reggaeton,” he previously told Billboard. “I don’t try to be like any other artist. I feel that I have a certain flow that characterizes my music.”