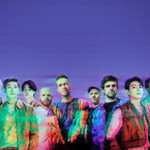 Coldplay and BTS most recently performed “My Universe” at the 2021 Global Citizen Festival in New York City’s Central Park on Sunday, though the K-pop group joined the band onstage virtually as they appeared at the event from South Korea. “We collaborated with a band and we took their average age up about 15 years, but it’s been one of the most fun things we’ve ever done,” Coldplay frontman Chris Martin told the crowd during the performance. “This is a song we did with BTS. This is a song about love who you love, and only that.”

“My Universe,” which arrived on Friday, is the second single from Coldplay’s upcoming studio album, Music of Spheres, due out Oct. 15.

Listen to the acoustic and remixed versions of “My Universe” below.