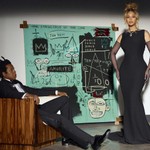 Take a look at Billboard‘s weekly roundup and the “awards” it gave to this week’s headlines.

It’s just a sweet, sweet fantasy — or is it? Ryan Reynolds got some A-list assistance from Mariah Carey while performing her 1995 hit “Fantasy” in a TikTok duet video from Tuesday (Aug. 24), but she gave him a lot more sass when he completely missed the mark. Watch the video here.

BTS slides onto the latest cover of Billboard to retrace their steps of becoming the biggest boy band in the world and face the challenges behind the business. “We just want to be good to the people who love us. That’s what lasts in the long run,” Suga says. And what lasts is the flavor of their Hot 100 No. 1 smash “Butter,” thanks to the new Megan Thee Stallion remix that dropped on Friday (Aug. 27). Read the cover story here, and listen to the “Butter” remix here.

Little Mix has expanded with the arrival of three little members! Last week, Leigh-Anne Pinnock gave birth to twins and wrote, “We asked for a miracle, we were given two…” underneath the black-and-white photos of her and her fiancé Andre Gray’s babies’ feet. Meanwhile, her bandmate Perrie Edwards welcomed her first child with partner Alex Oxlade-Chamberlain on Saturday (Aug. 21) and shared the good news with her own black-and-white snapshots. See their sweet announcements here and here.

While Kanye’s 10th studio album, Donda, has yet to arrive, there were a quite the number of all-star guests at his third listening event Thursday evening (Aug. 26) who did. The rapper took it back to where it all began by recreating his childhood home in the middle of Chicago’s Soldier Field stadium, where he brought out embattled rapper DaBaby and disgraced shock rocker Marilyn Manson, as well as his estranged wife, Kim Kardashian, who appeared in a wedding dress from their 2014 ceremony. Read the five biggest takeaways here and all the surprises and guest stars from all three Donda events here.

Billie Eilish’s sophomore album Happier Than Ever spends its third week at No. 1 on the Billboard 200, earning 60,000 equivalent album units in the U.S. in the week ending Aug. 19 (down 29%), according to MRC Data. With Doja Cat’s Planet Her and Olivia Rodrigo’s Sour taking over the Nos. 2 and 3 spots, solo female artists round out the top three positions on the albums chart for the first time in more than 10 years. The last time solo women ruled the top three albums was on the Dec. 18, 2010-dated chart, when Susan Boyle’s The Gift was on top, followed by Taylor Swift’s Speak Now and Jackie Evancho’s O Holy Night. Learn more here.

Most Surprising Music News: Doja Cat announced as host of the 2021 MTV VMAs

Doja Cat will make history at the 2021 MTV Video Music Awards on Sept. 12 when she becomes the first person ever to host the awards show while being a nominee in the video of the year category. This year’s five-time nominee is also slated to perform alongside Shawn Mendes, Kacey Musgraves, Olivia Rodrigo, Machine Gun Kelly, Foo Fighters and more. Learn more here.

It’s all about love with Beyoncé and Jay-Z, the representatives of the latest Tiffany & Co. campaign which debuted on Monday (Aug. 23). Queen Bey wears the Tiffany Diamond, the first time the piece of jewelry has been worn in a campaign, as the Carters pose in front of a never-before-seen painting by Jean-Michel Basquiat, 1982’s Equals Pi. See the stunning shots here.